"A fella beeped up in an automobile, said you wanna work in the tobacco fields..."
-Stompin' Tom Connors

Better grab a refreshment now.  This one's a long one.

In an earlier post I scribbled:
"There seems to be something about the extreme southern regions of every country that makes them a little different from the rest of the surrounding nation. The Riviera is nothing like Normandy, Brixham isn't Cambridge, Melbourne's not Sidney and New Orleans sure as hell ain't Kansas, Toto.

I am not going to theorize on the reasons why this downward-bound eccentricity occurs, I just know that it seems to hold true.  Maybe it isn't a matter of direction as much as it is proximity to a large body of water, but if it was only water, Baffin Island would be much more interesting than it actually is.  So, it seems like the "south" part is an integral component of this spell.  Adding more empirical evidence to this theory is the fact that Norfolk County is not like any other place in Canada."

And then proceeded to babble about something completely different.  Now that we've got the Lake Erie overview out of the way, I figured I should go back and pick up on this theme.

When Dollier and Galinee decided to Park in the Bay, they met the Neutral Indians, whose fortunes were caused to Reverse by the European Drive to explore , leaving their numbers Low.
Oh come on, it's not like you wouldn't automatically go for the cheap chuckle as well.
Okay, I'll stop, before somebody beats me with a stick.
That was the last one.  I promise.

In time the bay became home to British settlers, notably United Empire Loyalists escaping from the Thirteen Colonies who established farms and mills and an ironworks and life was pretty much Little House on The Prairie-esque, except for Long Point itself.  We'll cover that sandspit of eniquity in a later post, but it was a pretty rough neck of the woods before the US Civil War.   Port Rowan, Port Ryerse, Normandale, Turkey Point and Port Dover were founded.  Fishing became  a big industry toward the end of the 19th century, about the time that Port Dover started to became known as a tourist destination.  On the whole,  things stayed pretty staid in sleepy Norfolk County until the mid-20th century, when a new crop became popular....
...Tobacco. 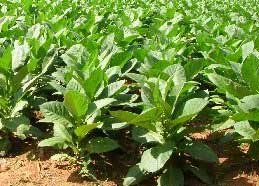 Until WW II, wheat and corn were the big commodities in the county, but after the war, farmers were quick to see the big rteturn from small acreage that tobacco could provide.  Nobody local knew how to grow or pick the stuff, so croppers were imported from the southern United States and French Canadian migrant workers handled the grunt work.  By the 1950s, Norfolk County was the heart of the Tobacco Belt,  boasting tobacco auctions and huge tobacco warehouses, and the influx of newcomers made a mark on the region.

(The next bit is best read in your best Casey Kasem voice.)

One of those newcomers was a young guy from Arkansas named Ronnie Hawkins. Not a tobacco cropper per se, young Mr. Hawkins followed the tobacco road north, figuring, on the advice of Conway Twitty, that there might be a market among transplanted Southerners for the sounds of home.  He formed a local  version of his Arkansas band, the Hawks, with his old pal Levon Helm,  newcomers Robbie Robertson, Richard Manuel, Garth Hudson and Simcoe's Rick Danko, and played clubs and small country dancehalls throughout the Tobacco Belt.  The Hawks garnered some serious acclaim and respect from their contemporaries; Bob Dylan liked the Hawks so much, he persuaded them to leave Hawkins and back him instead.  Later, they went onto considerable success on their own as The Band. 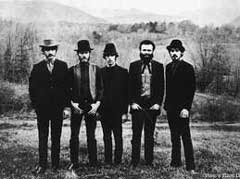 By the late 1980s the southerners were long gone and the Quebecois were moving on,  replaced by Mexican and Caribbean seasonal employees.   Thousands of "off-shore" workers toiled in the fields during the growing season, and they brought their cuisine with them.   Many of them liked the area so much they decided to stay, leading to a thriving Caribbean community.  Today, most grocery stores around the bay stock a locally made tortillas, salsa verde, jerk sauce and tamarind soda,  and there are a growing number of  venues serving authentic Mexican and Caribbean comfort food.

Meanwhile, at the opposite end of the bay, an industrial revolution was underway.  In the 1970s Ontario Hydro built one of the largest generating plants on the continent at Nanticoke, and a steel mill and oil refinery soon followed. Apparently, Ontario was running short on engineers and homegrown power plant know-how when all of this heavy development was taking place, because a large number of the longtime employees originally hail from Scotland and Wales, adding their own imprint to our cultural mosaic. 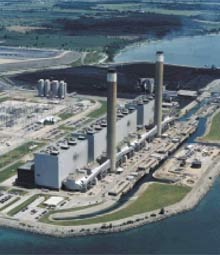 The planned city of Townsend was designed to house the warm bodies needed for this  industrial megolith, a population projected to exceed 100 000.

It never happened.  Townsend today is a sleepy bedroom community with a few hundred residents, no retail establishments, and no plans for any future growth. 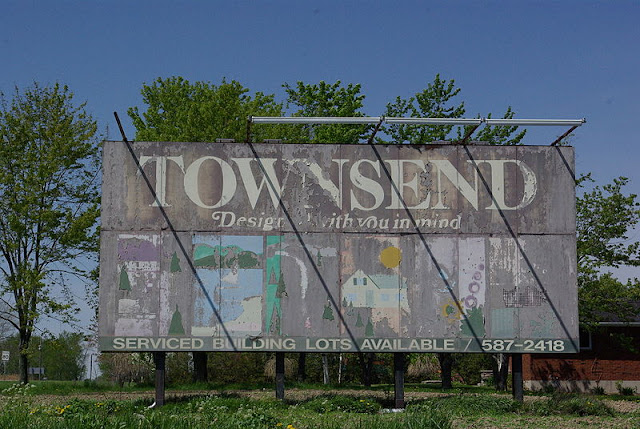 Just as big things were happening on the farmland, life on the bay was changing as well.  The perch fishery boomed, and with the big demand for perch came a demand for bigger fish tugs. 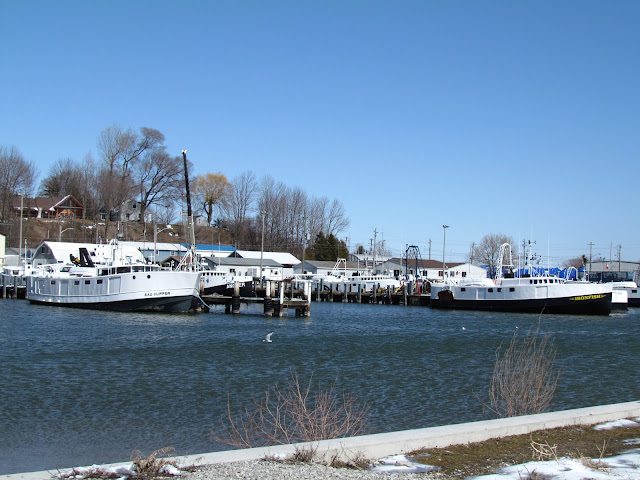 As the boats grew, they outgrew smaller ports like Port Ryerse and Port Rowan, leading to their decline in economic importance while boosting the economy of Port Dover, one of the only ports on the Lake that could accomodate the boats,  the gear that support them, and the fish processors who handle the catch.

Tourism was changing as well.  Bikers discovered Port Dover, and Port Dover discovered bikers.  While other communities would likely throw up roadblocks if thousands of black clad Harley riders rode toward town, Port Dover rolls out the welcome mat every Friday the 13th.  In the early 80s a group of motorcycle riding friends decided to meet in Port Dover for an informal get together on Friday the 13th.  Since then the event has exploded, thanks to support from the community.  In 2010, on the 50th Friday 13th rally, it is estimated that upwards of 100 000 people showed up. The next one is Friday May 13th- Docksters, should we have a gathering to start the season?
http://www.pd13.com/dates.html 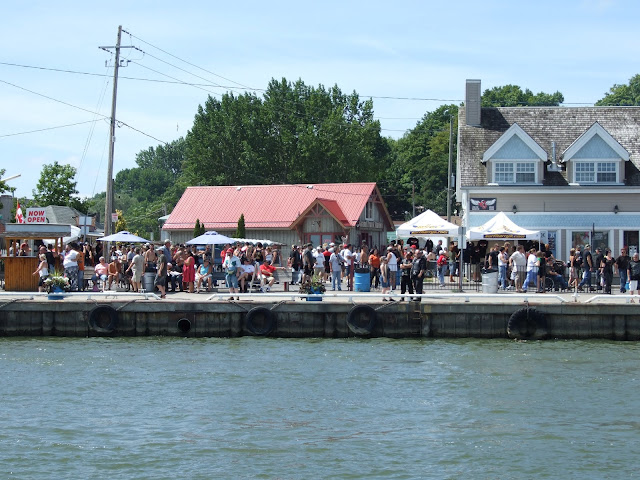 Because of the huge numbers of motorcycles and spectators who attend, the town is closed to four wheel traffic for the day. Although "Parking is available outside of town and shuttles run continuously" as the ads point out, there's no better way to experience the 13th than from a boat. 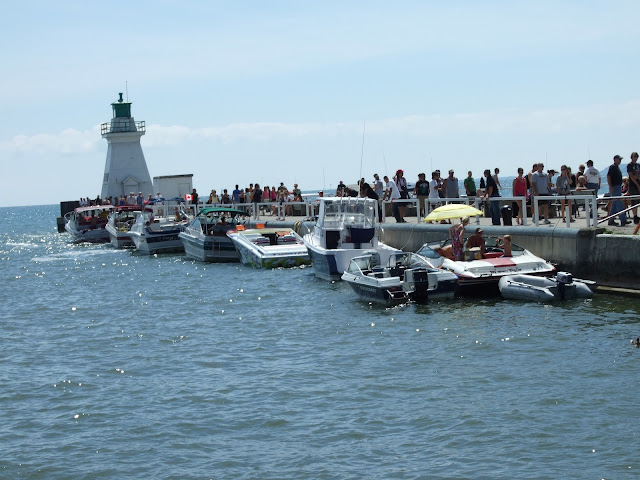 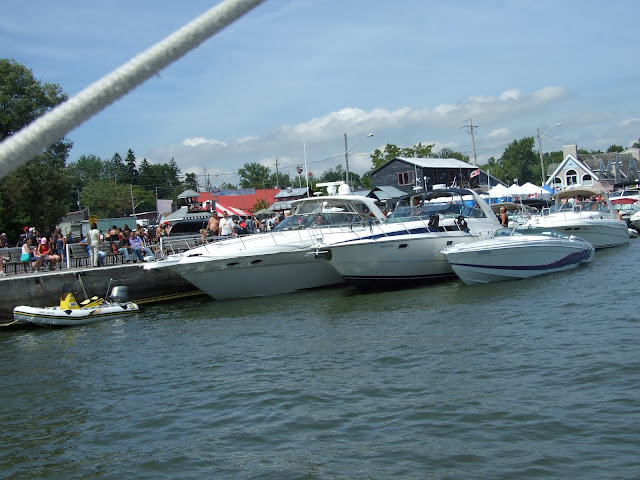 The Victorian and Edwardian era of genteel bathing and rowing a punt in a boater and jacket has given way to...
...Pottahawk. 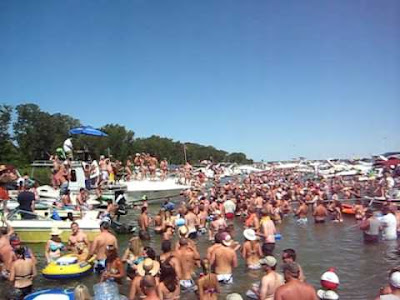 Every July thousands of boats and boaters flock to Pottahawk Point on the shore of the Point for music and babes and bikinis and booze. 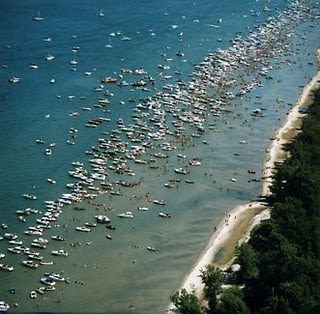 Pottahawk is to Turkey Point what Friday the 13th is to Port Dover.  Turkey Point is all about having fun, with a number of bars, restaurants, PWC rentals,  a cottage industry of cottage rentals, which all grew thanks to a long beautiful beach.  More Pottahawk info:   http://www.facebook.com/group.php?gid=60027933849 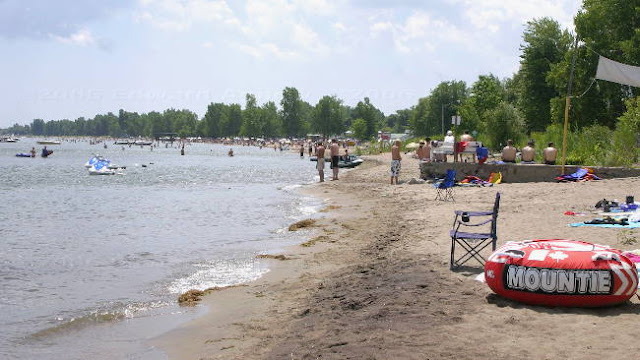 Alright, if you've read all the posts to this point, now you're up to speed on the who, what, how and where.  I'm not sure I can even begin to explain why.


As always, thanks for checking us out.  Please feel free to "Talk the Dock."  Link us, follow us, tell your friends!
Posted by Dock Six Chronicles at 09:19