"I've roamed and rambled and followed my footsteps..."
-Woody Guthrie


Although it may be the Center of The Universe, Dock Six is a small part of a much bigger picture,  Long Point Bay.  We'll gunkhole the Bay in future posts, but before we can gunkhole we need water in the bay to float our boats, and that water has to come from somewhere, and one of those somewheres is the Lynn River.  One of the fringe benefits of the location of  stately Jones manor in Simcoe is that we live just hundreds of yards (and metres for that matter,) from the Lynn River, and the slow route from Simcoe to Port Dover, the Lynn Valley Trail.

Friday was one of the first truly gorgeous days of the year;  warm, sunny, perfect for walking dogs.  So, Louise and I leashed up the mutts,  strapped Finn into his bark collar so he didn't disturb the Trail's wildlife, grabbed the camera and set out.  It doesn't take long to leave any semblance of urban life behind: 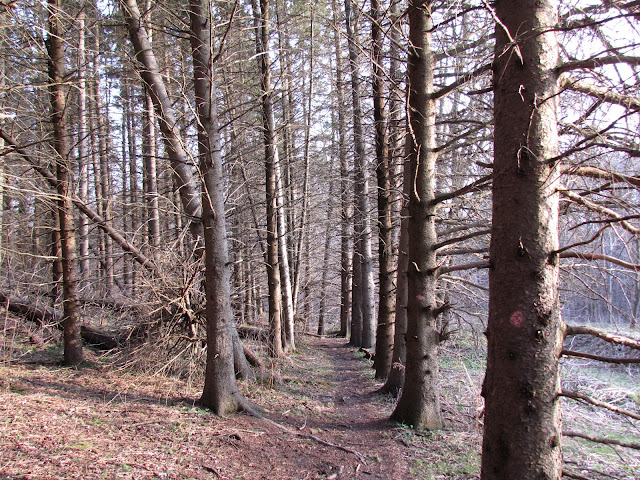 The arborial diversity in Norfolk county is unique.  Along the Trail you sometimes feel like you could be in Northern Ontario,  British Columbia or the Maritimes, all within a kilometer or two.
The main trail is an abandoned rail bed, largely smooth and arrow-straight, but there are numerous unimproved trails which meander along the river, allowing access to a forgotten and almost erased agro- industrial past. 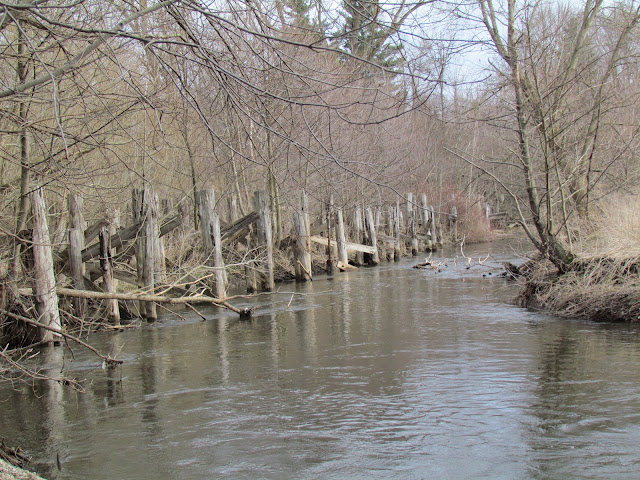 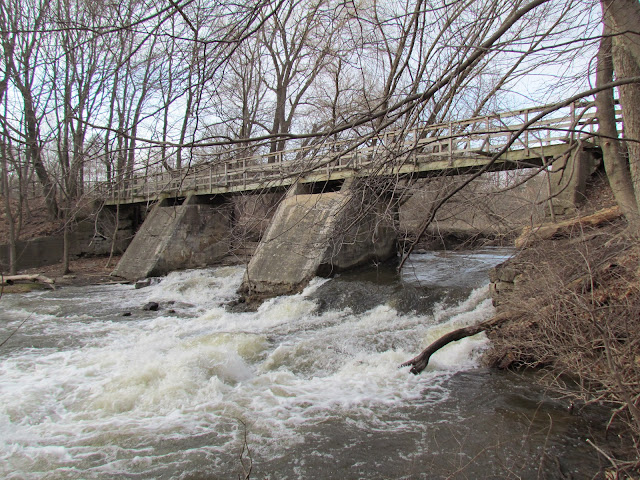 I was glad that Finn was wearing his bark collar- it meant that I could sneak up on the first returning Canada Geese I had seen.  Now THIS is a sign of spring! 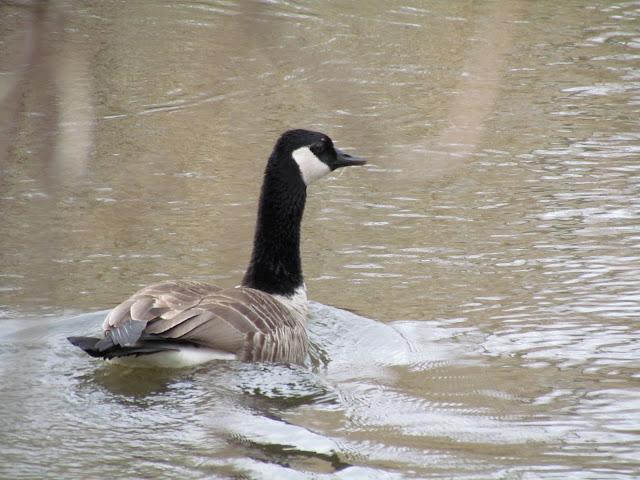 Finn was overjoyed at finally being able to get THAT CLOSE to those feathered honking things.  The bark collar did not survive the swim.  Finn is likely not too upset about that.
Posted by Dock Six Chronicles at 14:46