"So raise your glass, if you are wrong in all the right ways..."
-Pink

Which may explain the delusions in the first sentence.  Except the "beautiful women" part.

Since rum is an integral part of Dock life, I took it upon myself to research, review, ruminate, rate, rank, rinse and repeat a variety of rums.  This exhaustive examination could not be accomplished by simple observation, or empirical extrapolation.  Nay, nay, ingestion was in order.

No, no need to thank me, my fellow Docksters and thousands, dozens, numbers of loyal readers.  I just wanted to give something back. 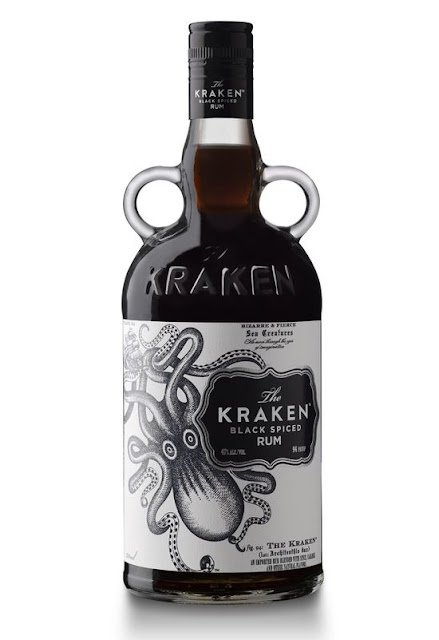 I discovered this rum on a trip to the big LCBO in Brantford.   The unique name, steampunkish bottle and label combined with the dark colour and high alcohol % promised an interesting taste experience.  A spiced rum blended in the US, the suggestion  of a multi-generational pedigree is fiction, but entertaining fiction. When I cracked the seal on the screw cap,  the fragrance was subtly spicy, with an emphasis on subtle.   It tasted smooth.  Too smooth.  What was in the bottle was far tamer than the label.  It is a pleasant rum, and a conversation starter.  If all this sounds like being damned with faint praise, it's not. At the end of the day, The Kraken made the Top Five, and many other rums didn't.  I suspect many calls this season to "Release the Kraken!" 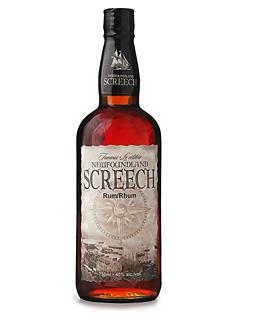 It ain't fancy, it ain't smooth, but it's a legendary bottle of Canadiana.  THIS is the stuff that makes kissing a cod not just possible, but seem like a damn good idea.  Don't even think about drinking Screech straight unless you're trying to self-medicate a raging case of tuberculosis.  Or trying to impress a pretty redhead from Gander.  A shot of Screech is best served with a schooner of Keith's as an I's the B'y-lermaker.  Even the hangovers tell a story.

A Bermuda dark rum, Gosling's has the history that many rums have tried to imitate.  Dark, and smooth, with a smoky aroma, this is the go-to rum for a Dark and Stormy, that combination of rum and ginger beer whose invention is credited to Gosling's.

Like the Kraken, Sailor Jerry is a high octane spiced rum blended and bottled in the US.,  Also like The Kraken, this is a relatively new rum which works to evoke a bygone era, by trading on the legend of tattooist pioneer Sailor Jerry.  This rum, however, excels where The Kraken merely exceeds.  A wonderful bouquet of spices that dance across your tongue and leaves your nose swooning  makes this a rum suitable for sipping, mixing or use as a cologne or air freshener.  The stuff smells and tastes THAT good.  It is almost as good as ... 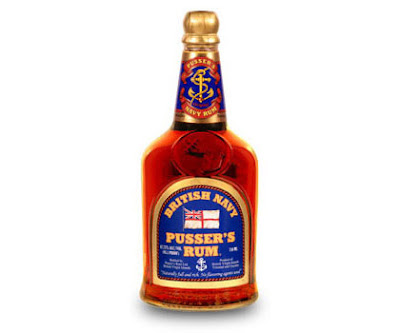 Gosling's has a longer continuous distilling history, but Pusser's has a longer legend.  Resurrected in 1979, Pusser's is crafted in the British Virgin Islands, using a recipe with over three centuries of history in the British Navy.  THIS is grog!    It even comes in a bottle with a cork, as Neptune and the Admiralty  intended!
Uncork the bottle and you can smell the history.   This is a spirit that almost demands ceremony.  Pour a finger or two in a glass and sip it slowly as the sun settles toward the horizon - you can feel time slow down. The most expensive rum in the survey, it is a rum rationed out on special occasions on the Dock...  like days that end in "y."

Just like any list, no one will agree with all the choices here.  Those who disagree are wrong, of course, but they are entitled to their opinion, as woefully ill-informed as it may be.  I am always willing to hear other points of view.  Feel free to come on down to the Dock, with your favourite bottle. I'm always willing to do more research.


Hey, by the way, thanks for taking the time to read our adventures.  If you like what you see here in the Chronicles,  please spread the word!
Posted by Dock Six Chronicles at 02:18