"...And anyone that unpacks his guitar can play twice as better than I will..."
-Steve Earle


Music and sailing is a magic combination.  Making your own music while sailing is nirvana for a couple of the denizens of the Dock.

Steve is our resident racer.  Originally from Minnesota, where he learned to sail and learned to race, Steve relocated to Port Dover and promptly bought "Drifter," a Mirage 24. 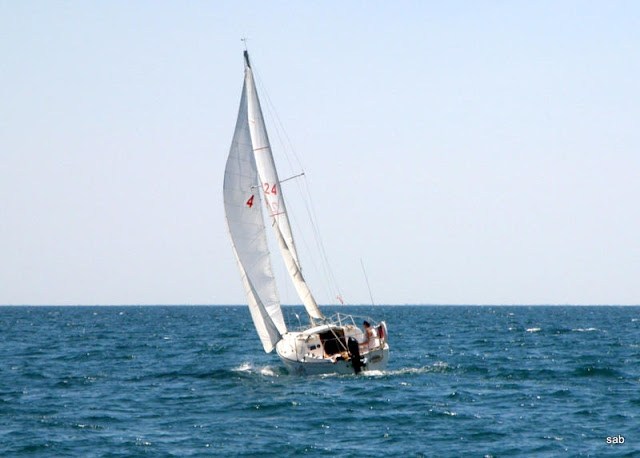 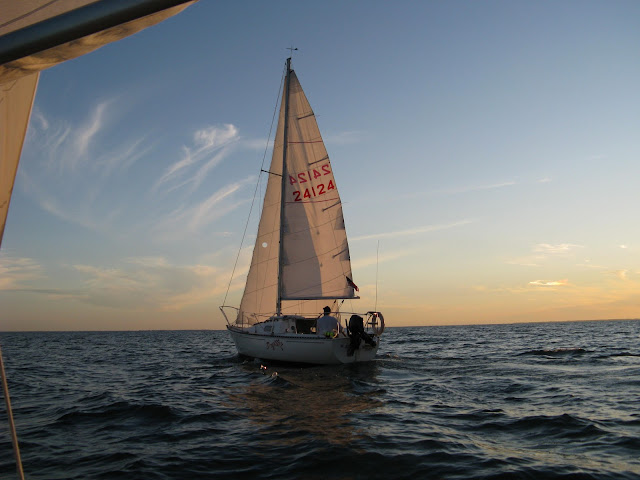 Primarily a single-hander, Steve saves racing for annual pilgrimages back to the Land of 10 000 Lakes, where his ride is a San Juan 21.  Here's a shot of last year's regatta win on Leech Lake: 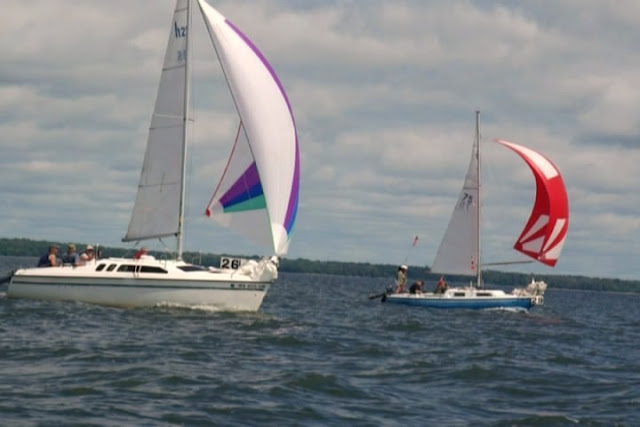 Steve's consistent companions on his boat come with strings attached.  A skilled guitarist and mandolin player,  Steve blows off steam by heading out to the middle of the bay, tying off the tiller and playing deep into twilight, while "Drifter"  takes care of herself.  His skills aren't limited to pickin,' grinnin' and sailin' however.  The man can also cook a mean steak, and he has excellent taste in tequila..

Hilary is everybody's friend- he's one of those guys who just makes everyone grin. Which is good, because he has mastered the skill of "Strategic Ineptitude", also known as "Tom Sawyerism"-  Hilary  manages to get other Docksters to help him out with boat maintenance, and everybody somehow enjoys doing it!  The other side of that coin is that Hilary is also a willing partner in crime in all of the best immature Dockside shenanigans; he is a supporting actor in my most memorable hangovers.

Hilary rescued his father's tired and neglected O'day Tempest from the trash, then  shanghaied his friend Wayne into sharing expenses... and the odd bottle of wine. 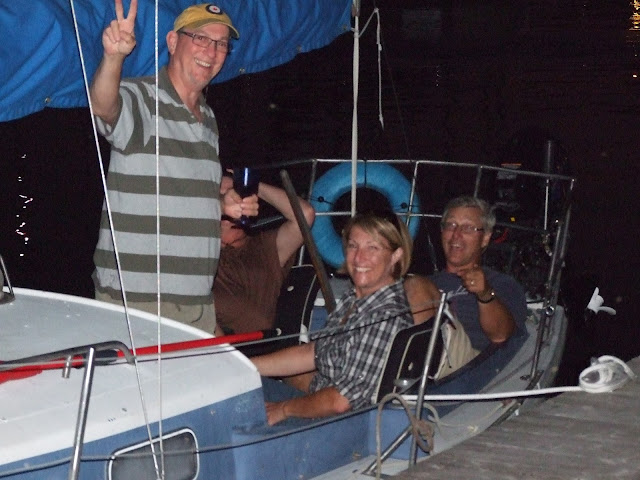 When Wayne graduated to a Chris-Craft on a different dock, Hilary and the Tempest decided to stick around. 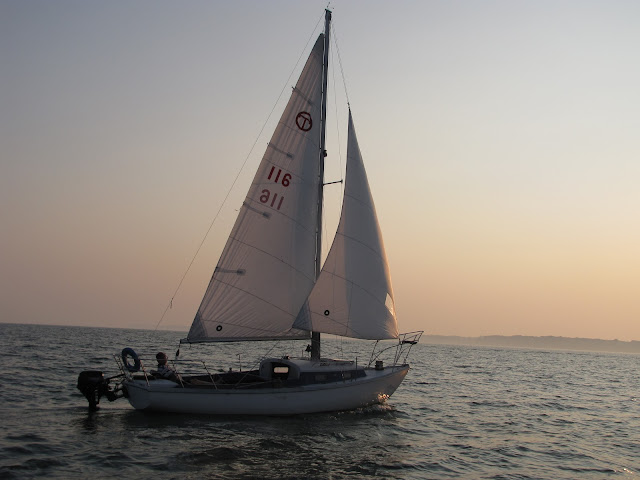 Another single-handing guitarist, Hilary is occasionally joined by his long-suffering (but good-natured and  hugely fun) wife Deb, and we'll probably see them show off their new grandchild this season.
Posted by Dock Six Chronicles at 23:40