"Turns out not where but who you're with that really matters..."
-Dave Matthews Band

Yes, you back there, I see you have a question. What is the difference between Crew and Guest, you ask?   Very good question, very good, yes, thank you for asking (don't forget to tell your friends about the blog), er...

Crew is any guest who comes back again!

Some may define Guest as one who is along for the ride, and Crew as one who participates in the ride, which is likely correct on larger vessels (ie "yachts") but Dock Six ain't home to Carnival Cruise Lines-  our boats barely have room for Crew, let alone deadweight Guests.  If you get offended by being asked to handle lines, gut fish, fetch beer, getting yelled at by the Skipper because you should be on the OTHER starboard side, dammit!  Then you are a Guest...
which brings us right back to the Dock Six definition, because Guests don't get invited back!

Anylabel,  sometimes Crew develop into Captains in their own right- rumour has it that Jack's Crew, Walt,   may have his own boat in the water soon. Jim ands Marianne's Crew moved onto their own boat and begat their own Crew, Jordan, who now Captains Saphira.  The graduation of Crew to Captain is bittersweet- it swells a boatmaster's heart to see someone else take the bait he has dangled and get hooked, yet there is sorrow in the fact that the search for a booze and snack provider begins anew.

We have been fortunate to have some great Crew over the last few seasons.  Regulars are Dave and Steph. 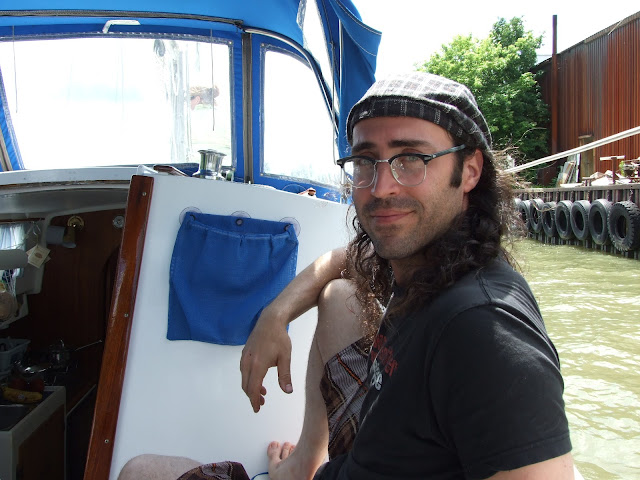 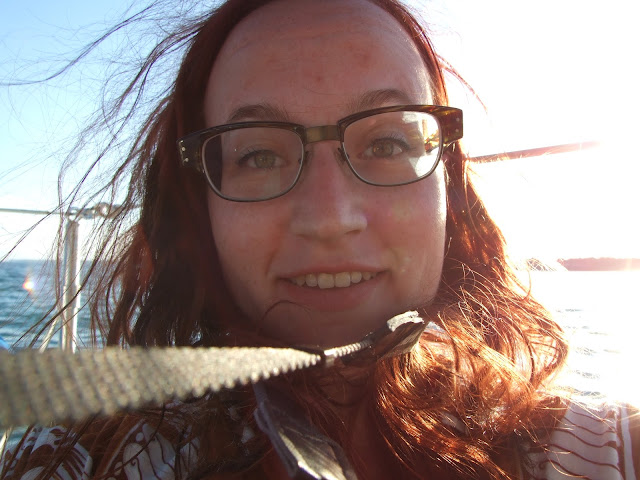 I'm pretty sure Steph took that shot herself,  hence the camera strap leading out of the photo.  I don't remember any attempted on-board strangulation.  That is what I will say in my deposition, as well.

Dave is a mechanic by trade and a blacksmith by choice.  His great taste in beer and music coupled with his intelligence, willingness to get dirty and help out and his general good nature make me proud to call him not just Crew, but Friend.

Steph is a bubbly French-Canadian writer who is the organizational side of their team. When Dave and I are noodling our way through a boat project it is Steph who cracks the whip and gets us back to reality.   For a woman who doesn't have a driver's license, she is also a hell of a helmsperson.  Her course is always arrow straight and her grin is ear-to-ear.

A couple of times a season, my parents (yes, somebody WILL actually claim me as their spawn), Art and Liz, will join us for an evening on the boat, and a tour up the river.  Art loves to sail... 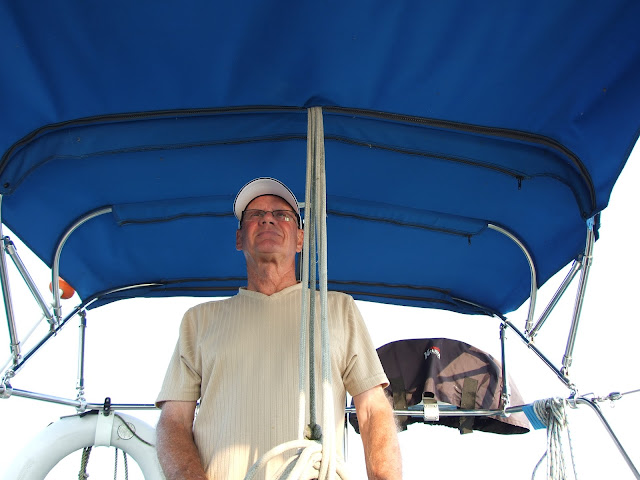 while Liz is nervous... for about half a bottle of wine.  Then she becomes a tour guide with ADHD, pointing out everydamnthing in a hilarious stream-of-consciousness monologue. 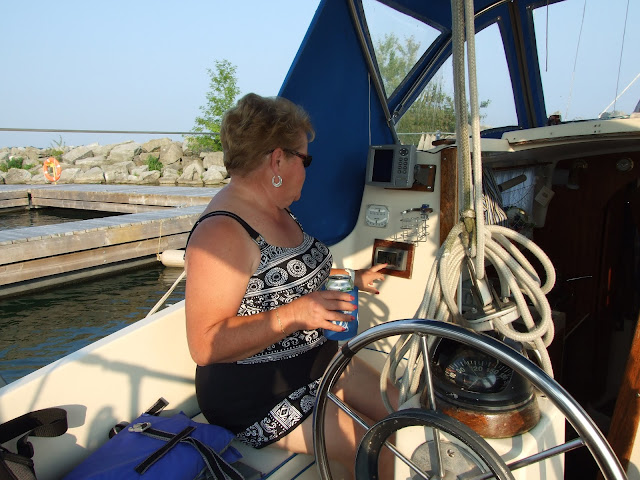 "Mom, you don't have to monitor the depth- we're still tied to the dock."


Sam and Abbey also join us occasionally during the summer, when they are not working or at school or summering at camp in Vermont or on Cape Cod (yes, the kids have a richer vacation life then we do.)  Healthy, vibrant, intelligent teens, they have developed their own lives and loves, and boating isn't at the top of their list, but they indulge us occasionally.  Note the strained grins of tolerance: 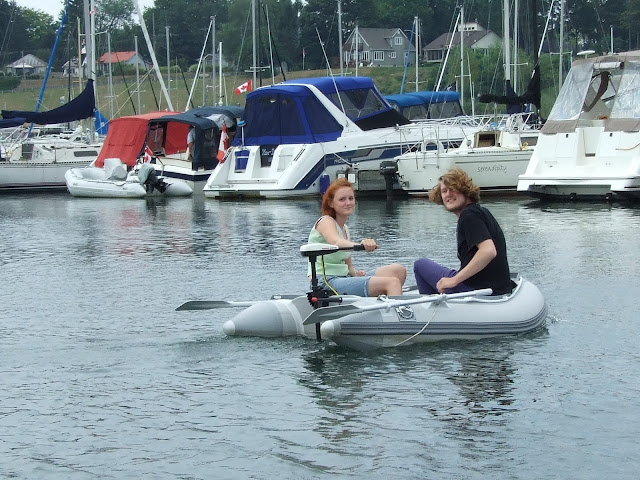 Gavin's brother Garnet Crewed on both Persephone and Whiskeyjack last season.  He lost the anchor while aboard Persephone and lost the wind while Crewing on Whiskeyjack, but he has expressed an interest in coming back this season. Amazingly enough, he's also been invited back.

Offering free booze can make anything, even losing an anchor, forgivable.

Hey, by the way, thanks for taking the time to read our adventures.  If you like what you see here in the Chronicles,  please spread the word!

Posted by Dock Six Chronicles at 13:01