With Labour Day in our wake,  northern sailors can feel the end of the season looming just over the horizon.  The scent of burning leaves that hallmarks the return of autumn smells a whole lot like desperation to a sailor.  No more "Ah, the wind is too light (or heavy, or the waves are too choppy, or it's too humid, or I've got a project to finish), I'll go out tomorrow."

After Labour Day, there ain't a whole lot of  tomorrows left, so best take advantage of today.

Come to think of it, that's not a bad way to live every day.


Last Wednesday afternoon was blustery, with a strong wind and waterspout warning.  The sky was somber and the wind was boxing the compass, making the Dock hobbyhorse. 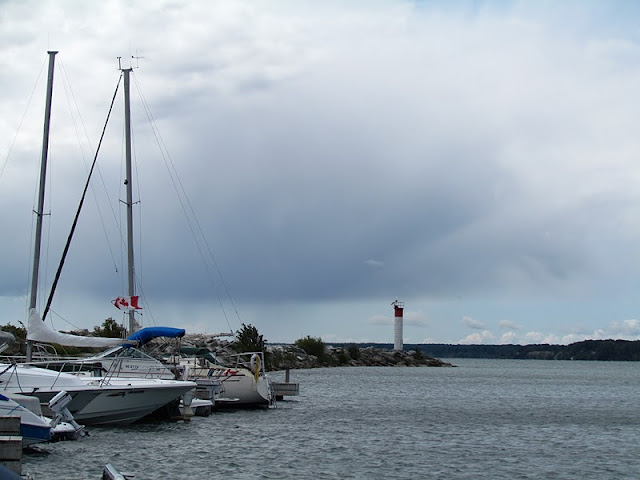 The only boats heading out were the Wednesday Night Beer Can fleet, and many of the racers quickly retreated once they were out of the relative calm of the marina.

For the last month or so, Hillary had been making  up for lost time.  He had missed half the season, what with gallivanting across Canada on his excellent fly-fishing adventure, so he hadn't logged as much sea time as he would have liked. Since his return he had been getting as much tiller time as he could, usually solo.  Today he had crew and foul weather gear, so he decided to give it a shot.  I was on my way to see a client, so we exchanged waves, he as he motored past me, me as I strolled down the Dock.  As I drove up the street to the top of the bluff overlooking the marina, I decided to see how he and his crew were fairing.

Hillary's Tempest is to the right, below. 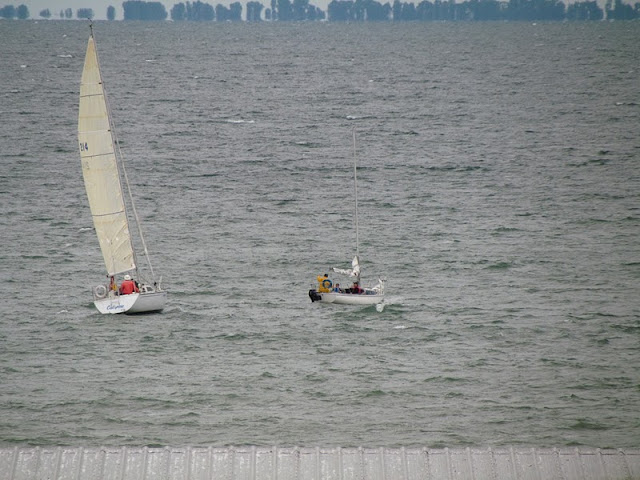 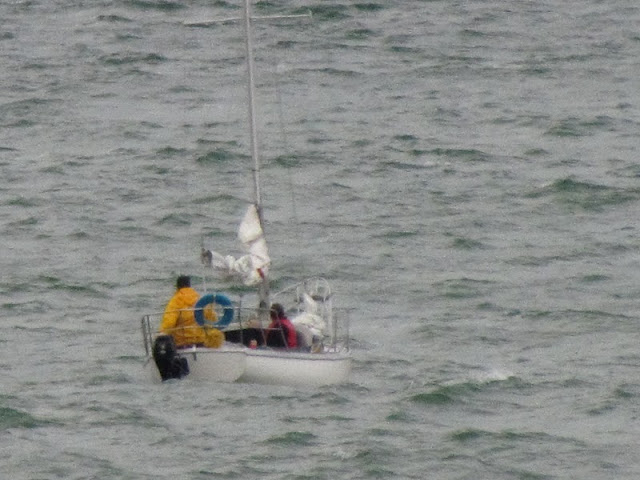 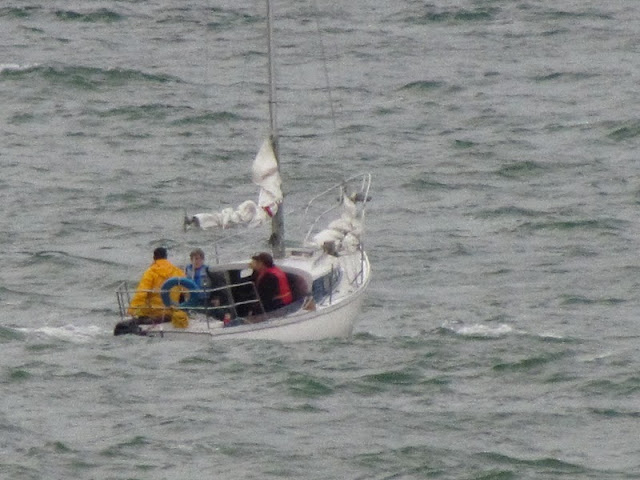 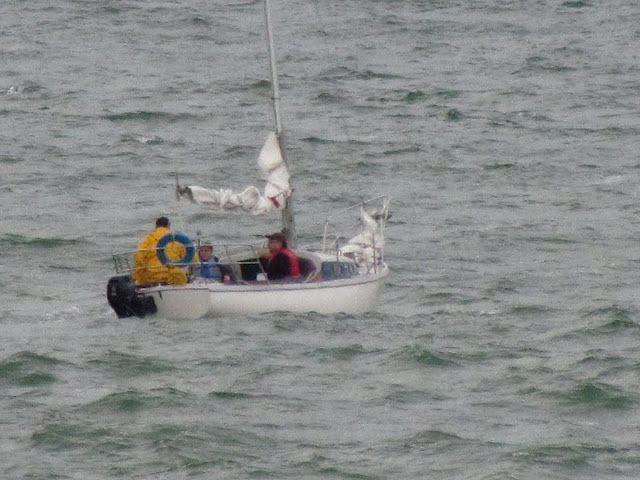 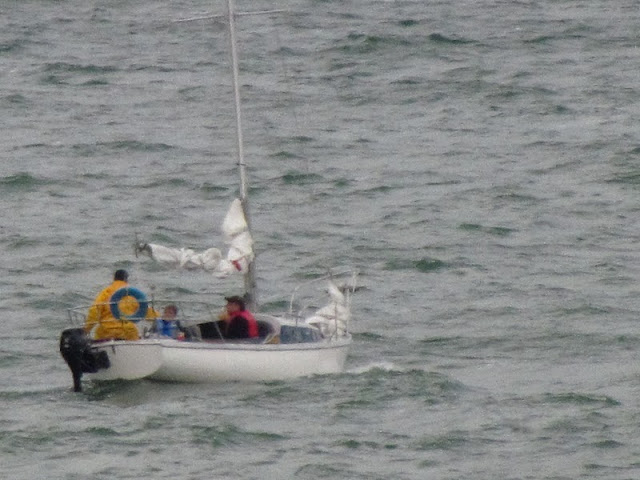 I have no idea what he is pointing toward. 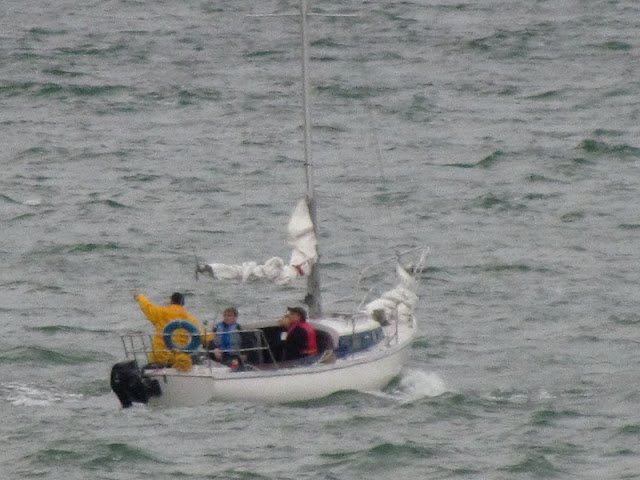 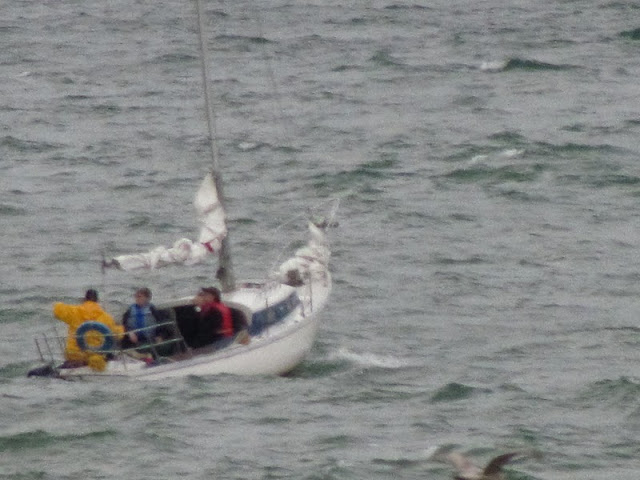 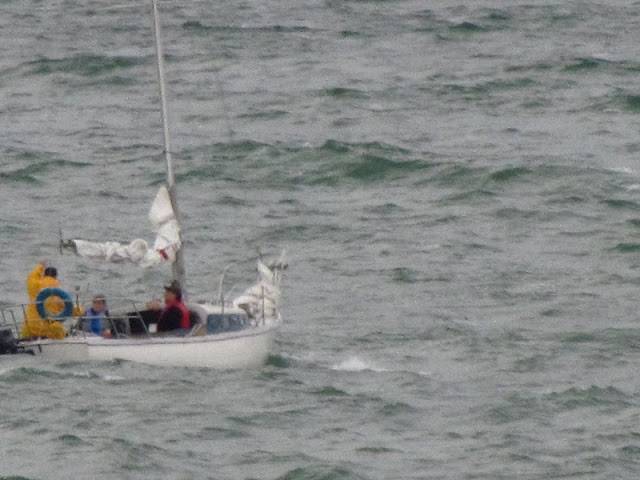 They returned to Dock shortly after these pics were taken, the rationale being that less beer would be spilled at the Dock.  Kudos for the attempt, Hillary!
Thanks for taking the time to check us out.  Please feel free to "Talk the Dock!"  Link us, follow us, or just tell your friends.
Posted by Dock Six Chronicles at 01:51