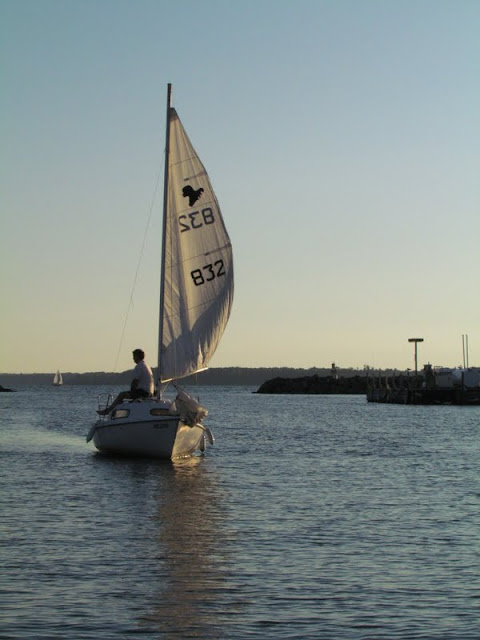 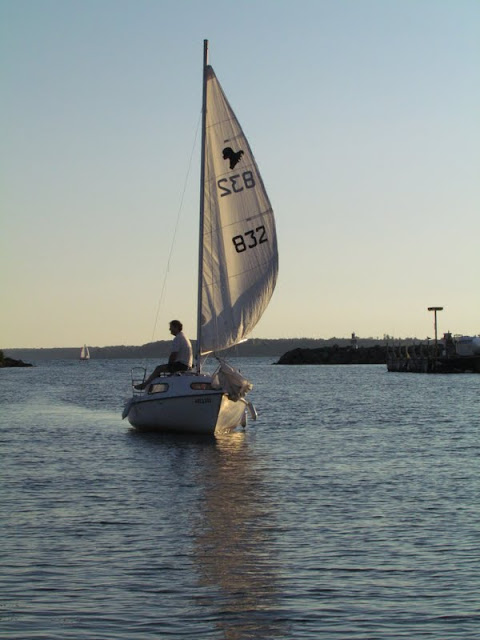 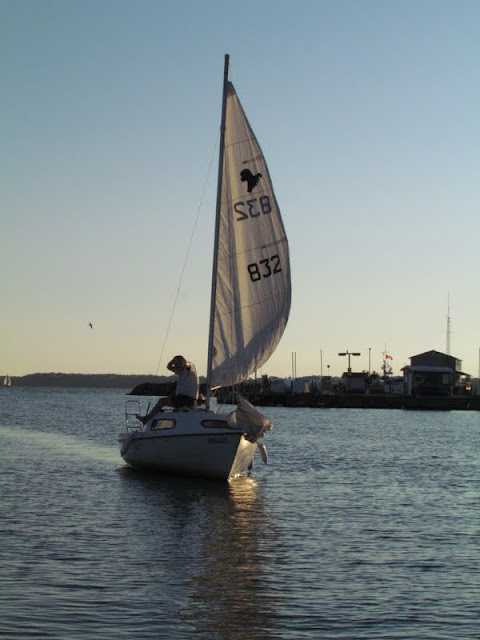 Garnet is back!
For those of you who lost your copy of the roster, Garnet is Gavin's brother.  We had the enjoyable opportunity to sail with Garnet last season, and were pleased to see him return to our lovely little burg again as he seeks respite from his high-pressure career in our nation's capitol....
(Alright,  so he's really just killing some "use it or lose it" vacation days, but come on, he works for the gubmint in Ottawa- if I don't inflate the importance of his slacktime, I might get audited.  Or subjected to a CSIS background check.  Or SWMBO might get deported.  Hey, I might be over-reacting, but better safe than sorry.  You never know with these government types with vague job titles.)
... and not just because he came strapped, bearing a bottle of fine small-batch Kentucky bourbon and smoked salmon,
(coughgovernmentemployeecough)
but because he is always good fun, with great stories, a cranial vault full of obscure trivia and a laid-back attitude.
Within minutes the stove was warming up and Jack had joined the festivities.
Of course, Garnet is not above questioning what the hell he is drinking... 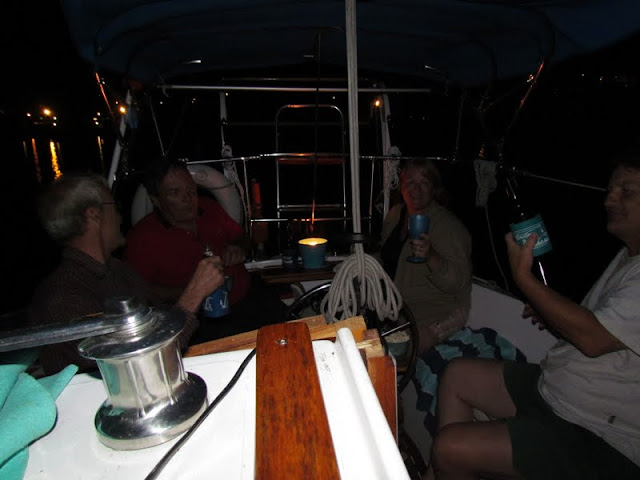 But he is also willing to overlook the plebeian quality of the beers served on Whiskeyjack, and enjoy the antics of Jack and Gavin while SWMBO looks askance. 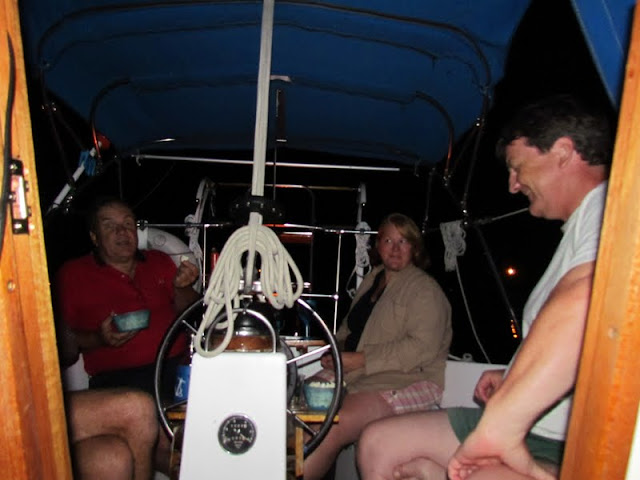 Mildly amusing Garnet story:
The day after the above photos were taken, the weather forecast was hot humid and wind-free. The decision was made to  set out for a "shake and bake" afternoon, anchoring off the beach and swimming.  However, while provisioning for said adventure, it was discovered that we were out of rum.
This, of course,  will not do.
The brothers Smith were dispatched posthaste to our local liquor store, with instructions to return with a bottle of Sailor Jerry, the semi-official rum of Dock Six this season.
They returned.  We anchored off the beach.  The swim ladder splashed, and the refreshment stand was open.
Garnet had never tried Sailor Jerry.
Garnet is not a rum drinker.
Garnet said "I'll try it.  I'm not a big rum drinker, but I'll give it a shot.'
Half a bottle later he was still not fully convinced.
"I'll need to do more reshearchsh.  I'm shtill not sure I like it."
This week I get a "thank you" email from Garnet
(which is a refreshing change from some of the emails I get, which involve the letters "k" and "you" but the rest is unprintable in a PG-rated blog)
and at the end...
"ps. There is a bottle of Sailor Jerry now sitting on the Whiskey Shelf! "
Dock Six:  Making a difference, one person at a time.
Next week could be your turn!
(Hey, there might be a contest in this!)
Thanks for taking the time to check us out.  Please feel free to "Talk the Dock!  Link us, follow us, or just tell your friends.
Posted by Dock Six Chronicles at 21:17