"This could seem too deep a bite..."
-General Public


Hi, my name is Brian, and I am a trashcycler.

There is a great web-based organization called Freecycle, which is essentially a message board where you can post, for free, items you are giving away.  I used to be an avid Freecycler, but the constant no-shows (people who eagerly email wishing to receive an item, then never show up to pick it up) inane questions (no, I do not know whether you will look good in the jacket I am giving away.  It's free! What have you got to lose?),   and demands for dozens of pictures of the item in question (It's free! It's not like you have any money on the line.)  made me go back to the tried and true method of disposing of unwanted goods:

Just as I am not too uppity to offer my unwanteds curbside on a day that may not be garbage day, I am also not too proud to pass up a good roadside find.

Which is how I ended up with a bruised and battered Koolatron cooler, even though we had a perfectly good, virtually new, Koolatron cooler at home, which SWMBO pointed out when I dragged the dirty chillybox in the front door.

I made my pitch.  I opened the doors and explained all the features, advantages and benefits.
"Look, it even comes with the AC adapter!  That's worth it right there, as a spare for the other cooler."
Then came the demo.  I plugged it into the wall, crossed my fingers, and the fan started to whir.
"See, it even works!"

SWMBO rolled her eyes and sighed.

(For the record, at Stately Jones Manor, rolling eyes and a beleaguered sigh  is code for "Fine.  It can stay, as long as it goes into the garage or the basement.  Right.  Now."  And  entitles SWMBO to a trade for a ______, to be named later.)

Anybeer, the poor neglected spare cooler remained a spare until we began to, yet again, examine the available space on Whiskeyjack, and realized that our new(ish) top loading Koolatron is a bit of a PITA on board.  It fits nicely in the cave of the quarter berth, aft of Inky's bed.  But, because it is top-loading, to access the box, we have to pull it forward, which occasionally means displacing a dog, and/or folding up the galley extension.  On the other hand, the curbside Koolatron is front-loading, although this feature is dampened by the fact that the found cooler, as found, was found without shelves.
If it only had shelves, and some clean up and cosmetic repair, Curbside Cooley would be a valuable addition to our boat.
So, tonight I got to work.
Here's what I started with: 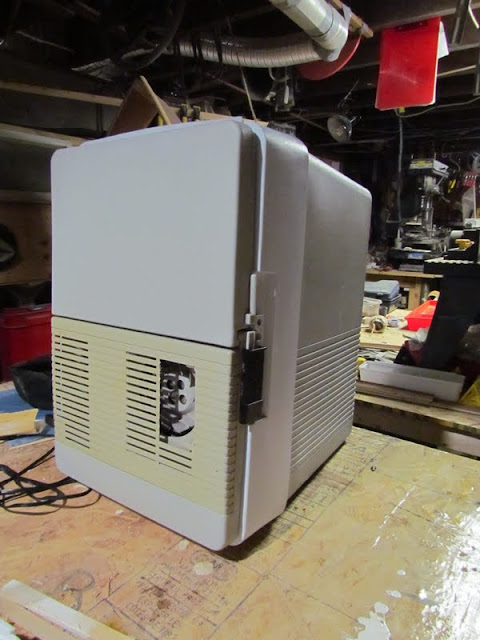 It cleaned up well, but the busted grille.... 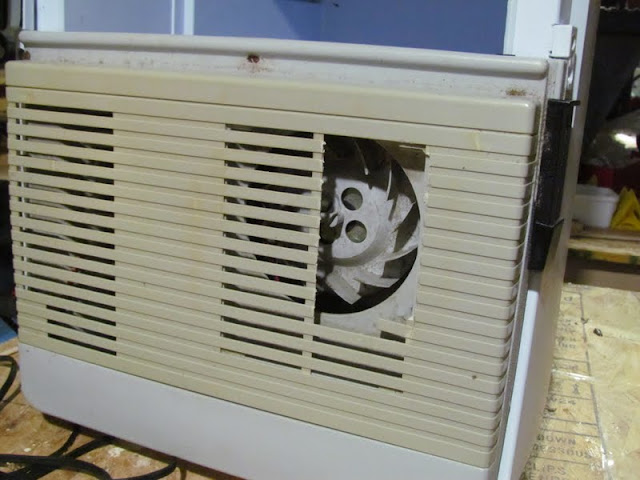 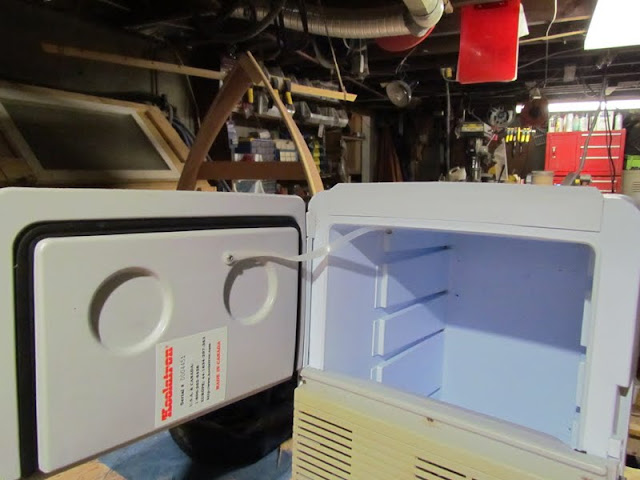 But not for long.

With a little plywood, scrap mahogany trim,  some window screen, a handful of screws, and a little measuring, cutting, sanding drilling and varnishing, Curbside Cooley is now ready for service. 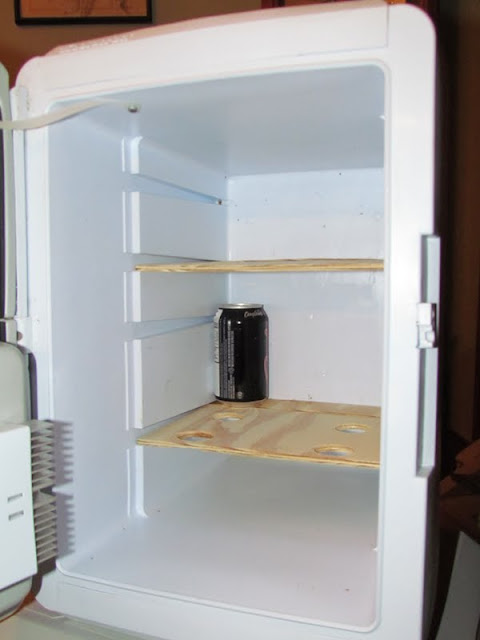 The shelves could use a coat or three of bilge paint... 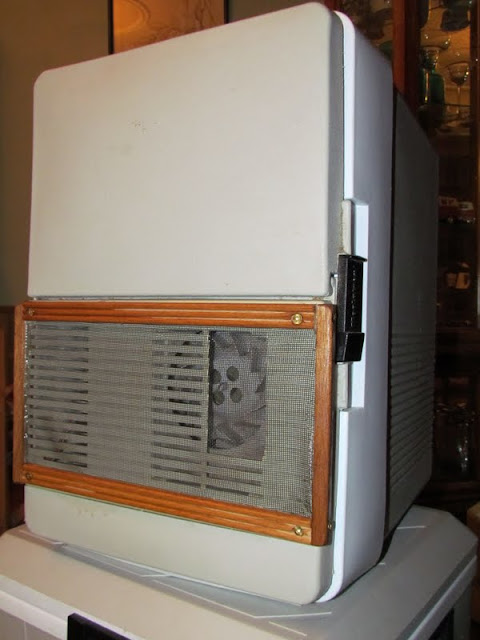 ... and the door trim needs a couple more coats of varnish, but overall I am content with the result of an hour's worth of work.  For those keeping score:
Cooler cost:  $0
Material Cost:$0


I haven't really measured the vertical clearance in the quarter berth, but I THINK  it will  fit just fine.  And if it doesn't...

Did I mention it was free?


Thanks for taking the time to check us out.  Please feel free to "Talk the Dock!"  Link us, follow us, or just tell your friends.