"Oh Lord, please don't let me be misunderstood..."
-The Animals


(What, you were expecting lyrics from  Flock of Seagulls?)

(Okay, those of you scratching your heads, just read on and all will become clear.)

(Can I stop talking in brackets now?)

In other words, we didn't leave the dock.

But, we did do some good.

Early Sunday morning a squall blew through the marina, leaving a mess in it's wake.  Boats rocked, boats rolled, and inevitably anything left on deck or on the dock became flotsam.  This morning I decided to clean up the detritus that had collected on the lee side of the dock.  Finn helped. 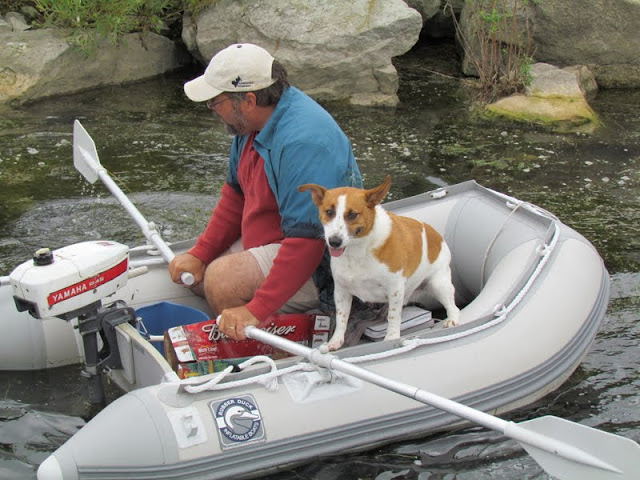 While searching for more empty beer bottles, playing cards and trashed beer cases, I spotted a gull hunkered down on the breakwall with a decidedly non-stock day-glo orange addition to it's wing:  Talking to the staff, I found out that the bird had been spotted  near the Travelift  recently and they had  noted that it was unable to fly and had trouble swimming. 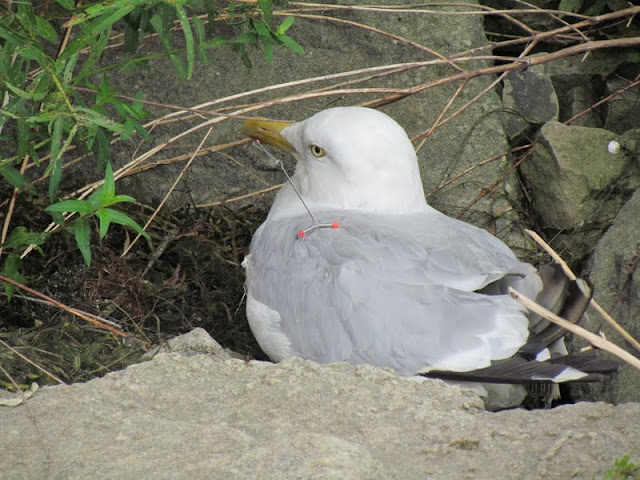 Finn and I returned to the Dock to grab a pillow case, gloves, first aid supplies and my handy Benchmark Flip-Grip Multi-Tool, then we leaped back into Quack and in full-on hero and sidekick style we were off to rescue a fowl in distress.

However, as we approached, the fowl in question was not so distressed that it did not  escape our grasp on our initial approach. 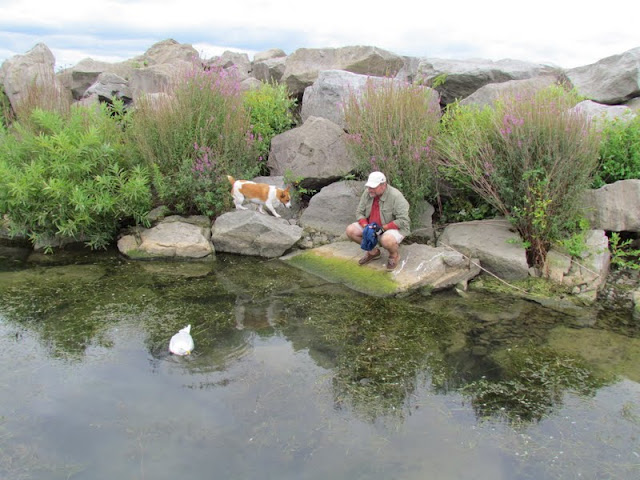 But, with Inky providing a little vocal canine coaxing from the Dock , the recalcitrant rodent-of-the-sky submitted to our ministrations. 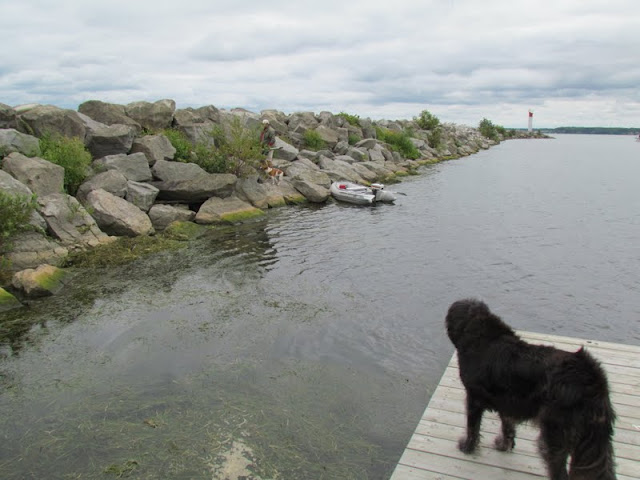 But not without putting up token resistance. 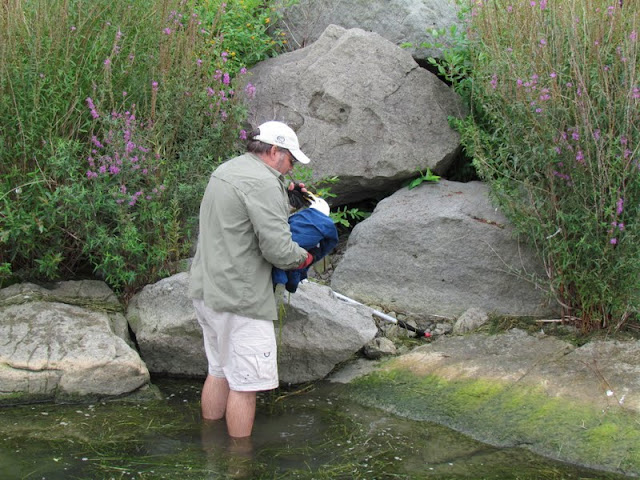 "You get that I'm just trying to help, right?  Right?" 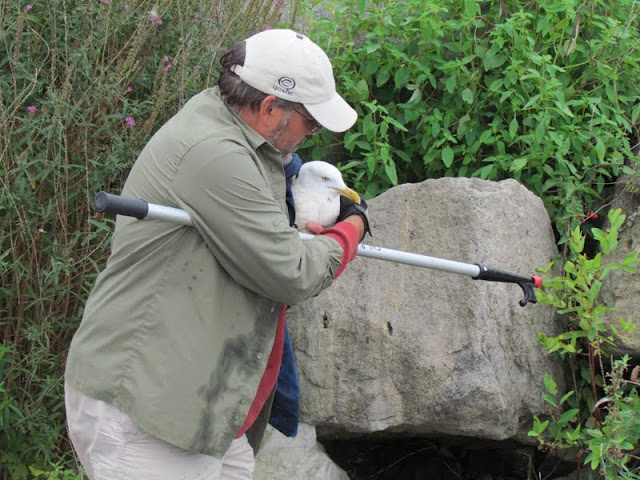 "You think SWMBO is laughing at me for talking to a damn bird?" 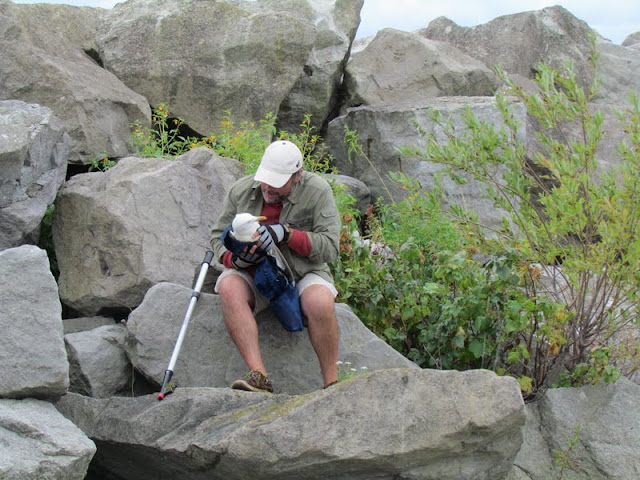 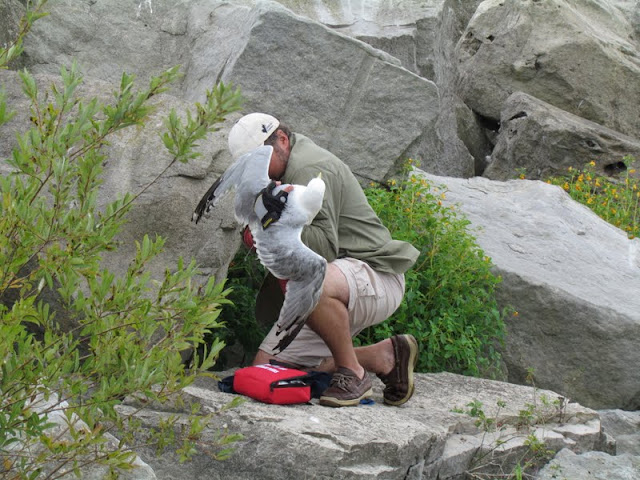 No, I am not tickling it's belly.  There was more than a foot of  line, a shackle and a sinker wrapped around this bird's appendages.  The only way to remove it was to cut it free, where my Flip-grip came in handy. 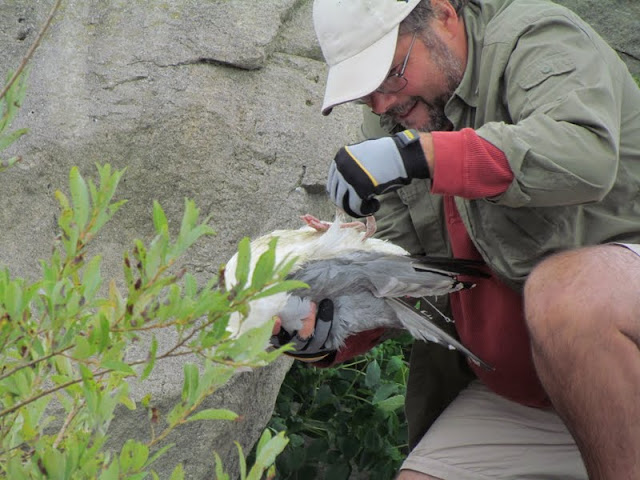 A few minutes later, a fishing tackle-free gull set off to join it's peers on the pier... 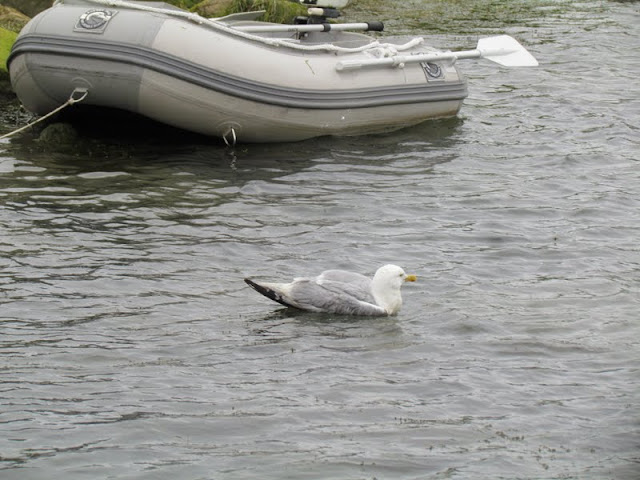 ... and Finn and I returned to Whiskeyjack. 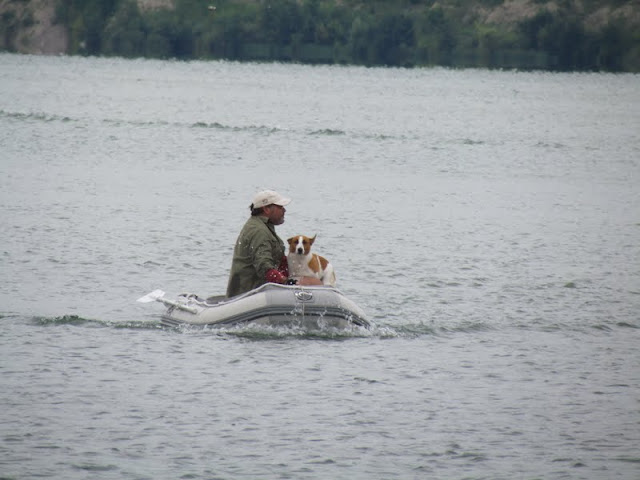 One tool, one mess of line, one bird with one more chance. 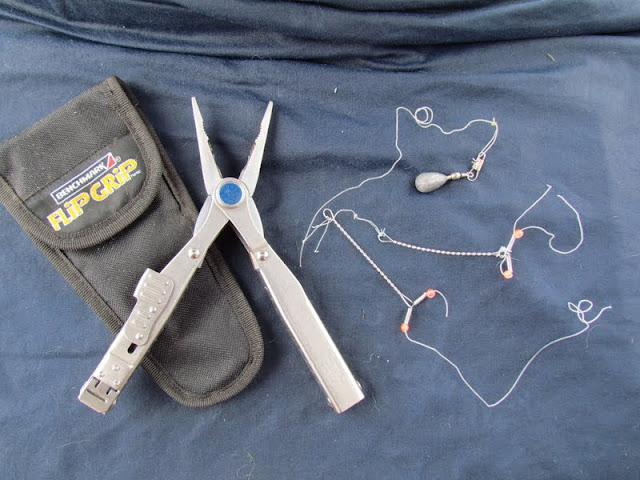 Maybe by helping out one gull, the others will be less inclined to poop on our deck.

Posted by Dock Six Chronicles at 22:53