"Two cool shorts standing side by side..."
-The Beach Boys


After depositing their catch safely on shore,  Jack and Melanie again headed out into the Bay, joined by Jim and Marianne in their Sirius, with Whiskeyjack and her tardy crew lagging well behind.

It is axiomatic that if two or more saillboats are travelling at least vaguely in the same direction, a race will inevitably break out.

We are nothing if not axiomatic.

As we pass buoy ED6, we throttle back and unfurl the sails, still lagging behind  the others. 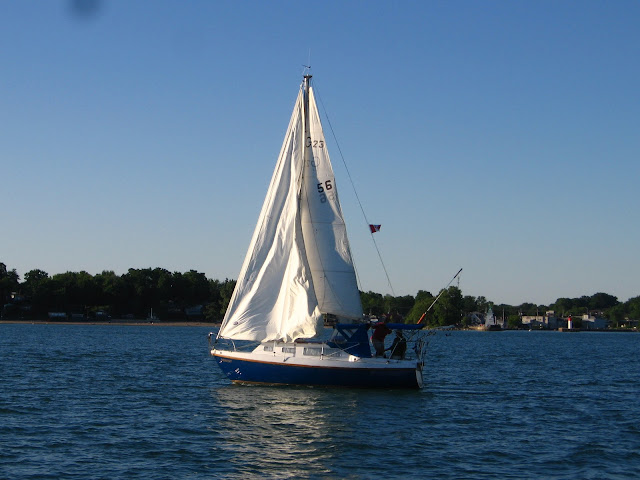 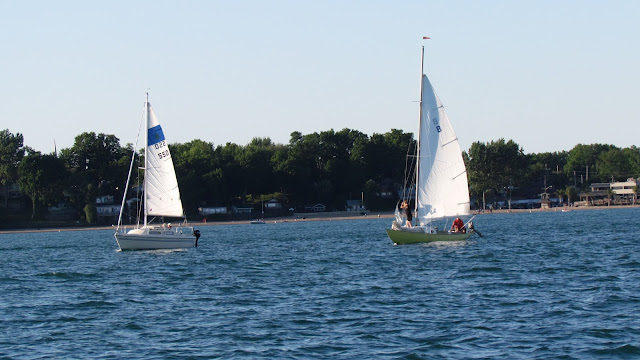 Whiskeyjack and her crack(ed) crew quickly moved ahead....

....  and took advantage of the light but steady breeze to widen our lead. 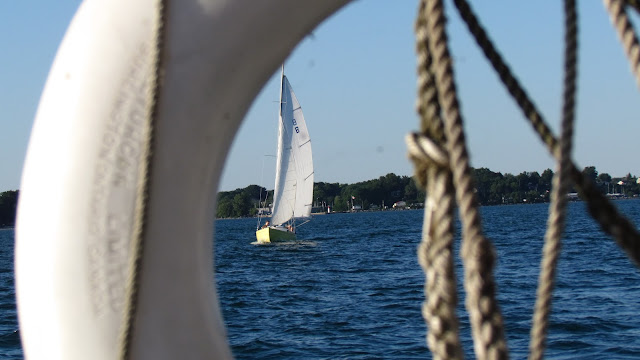 Within minutes,  we were but a largish speck on the horizon, at least as seen from the cockpit of Jack's Bluenose. 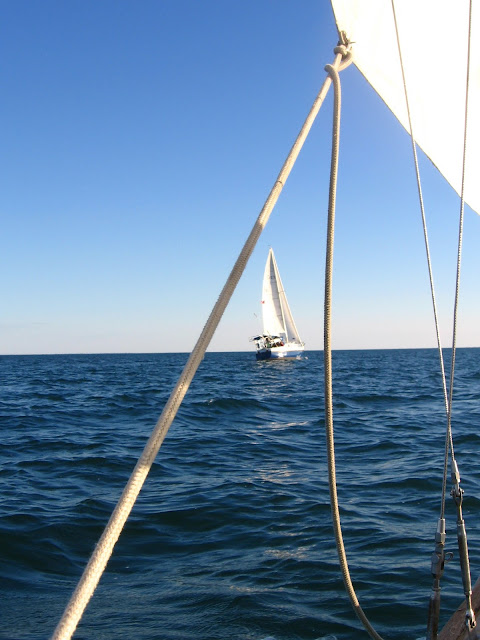 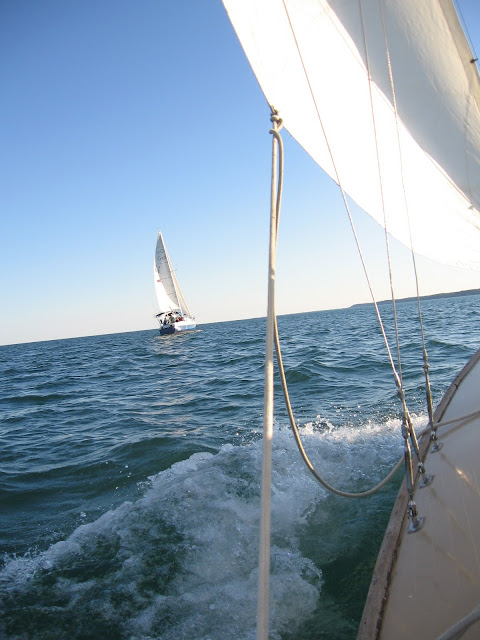 With grim determination, Jack and Melanie and Bas rallied all their resources to overtake our galleon. 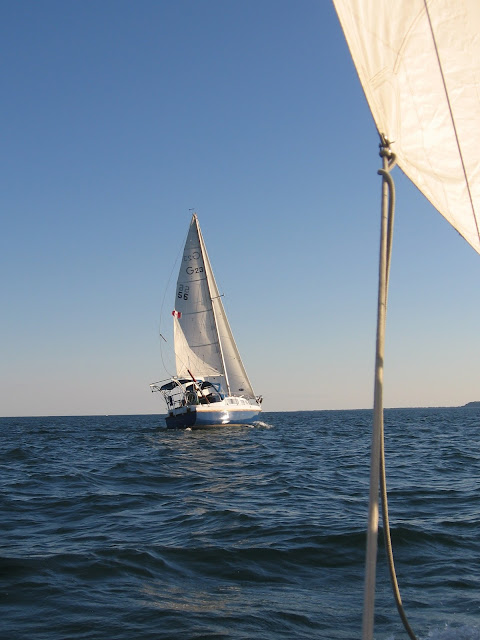 Seeing the Bluenose grow larger in our wake, the intrepid crew pulled this rope, and that line, and eased this sheet and tightened that halyard, and poured fresh drinks and... 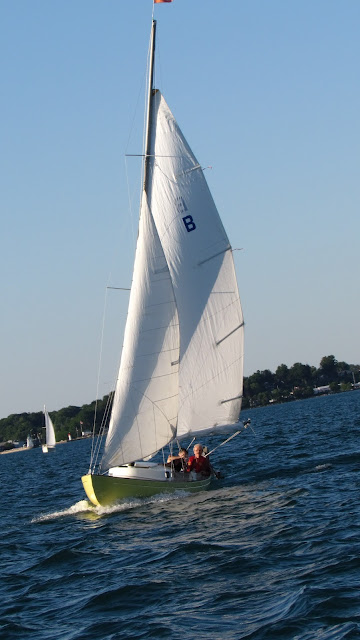 ... watched helplessly as the lighter, faster, aguably better sailed bluenose did what we knew it was going to do... 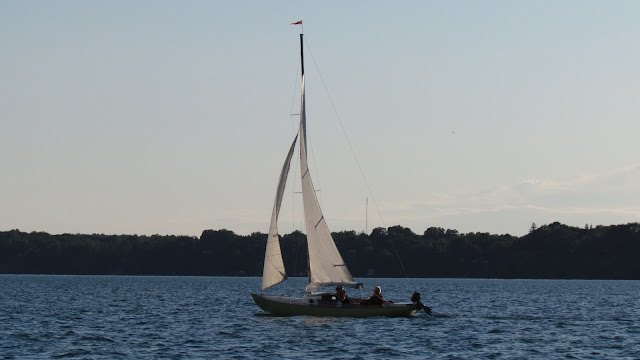 As the Bluenose's lead grew, we scanned the Bay for a nearby vessel that Whiskeyjack may be able to beat. 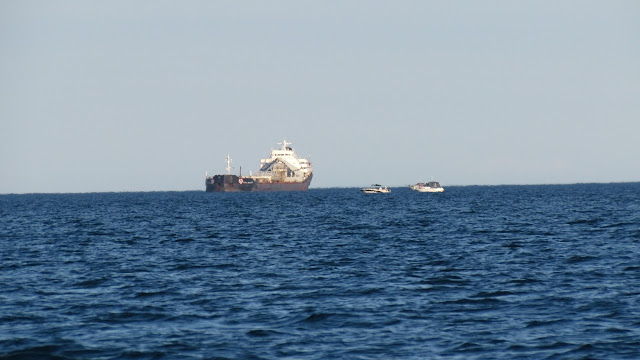 While Melanie continued to snap shots... 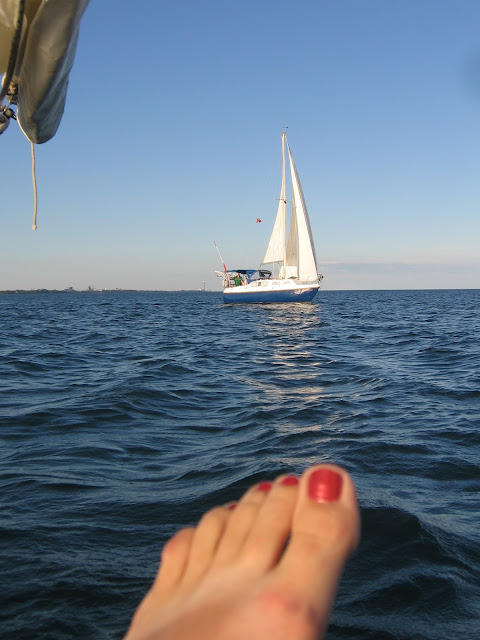 ... Jack and Bas recovered from the effort of blowing our sails off. 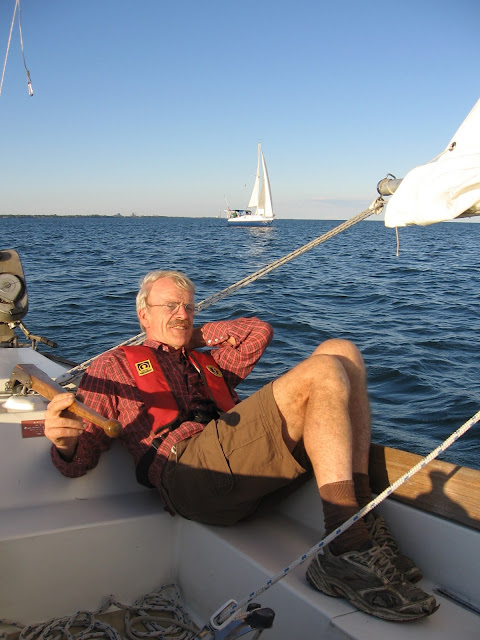 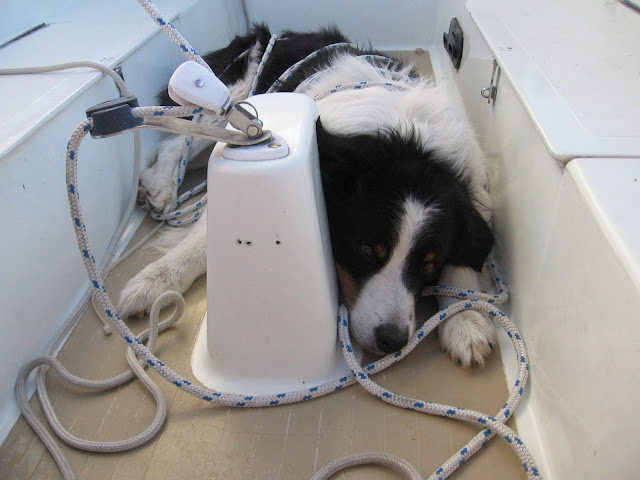 Competition out of the way, we all sailed into the sunset. 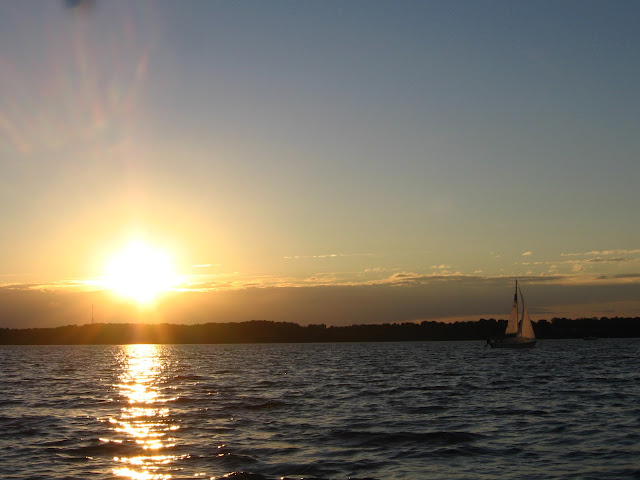 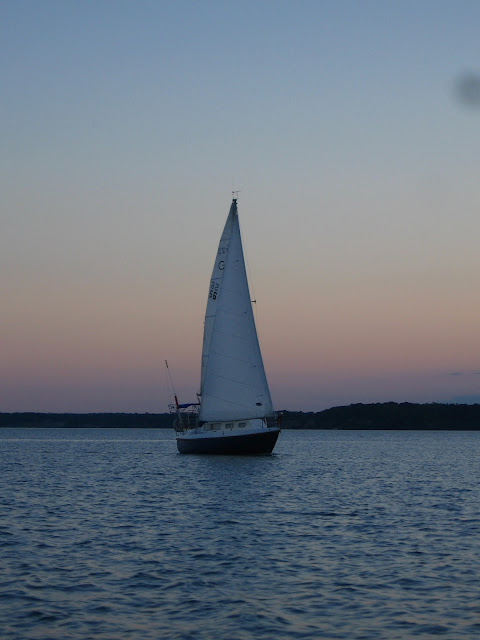 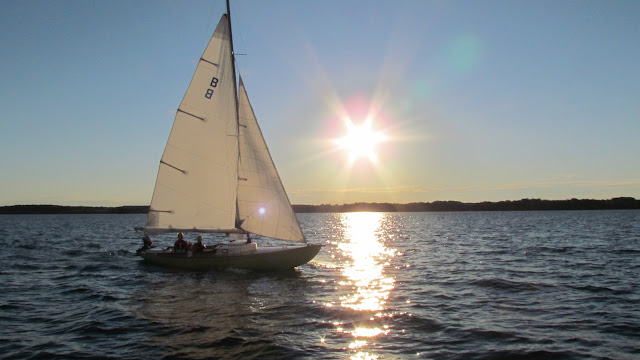