"But their beauty and their style went kinda smooth after a while..."
-Queen


Saturday night the usual suspects were in attendance, and it was obvious that the game has been amped up a little: 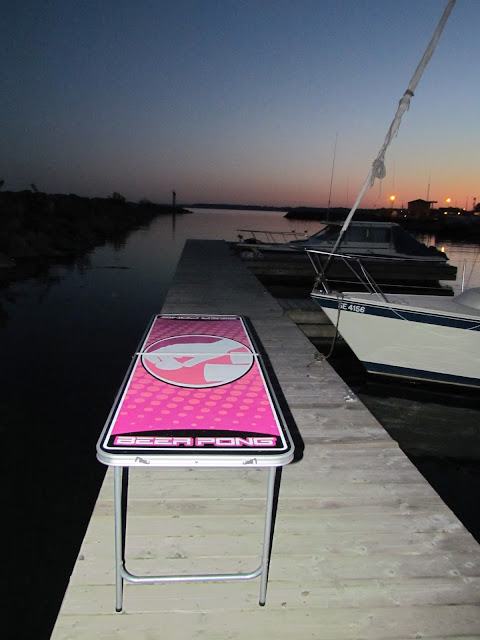 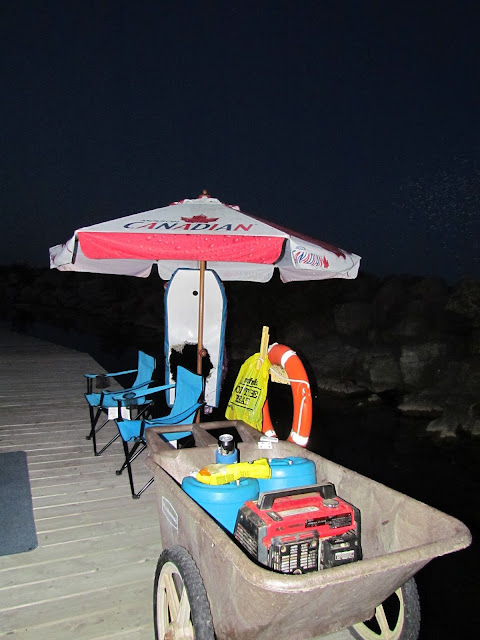 Generator usage is often controversial in marinas and moorings, with the "peace and quiet and serenity" side often muttering dark imprecations against the "air conditioning and TV and ice maker" crowd.  On the Dock, it ain't all bliss, but by and large we respect each other.  The generator is down the Dock and downwind from the early-to-bed-early-to-rise crowd,  keeping everyone happy. 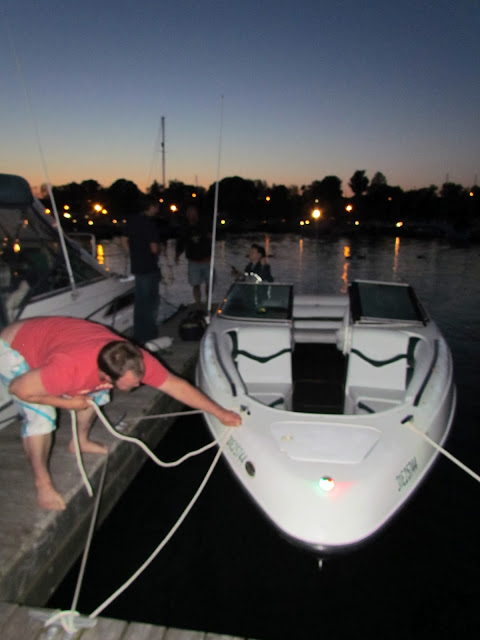 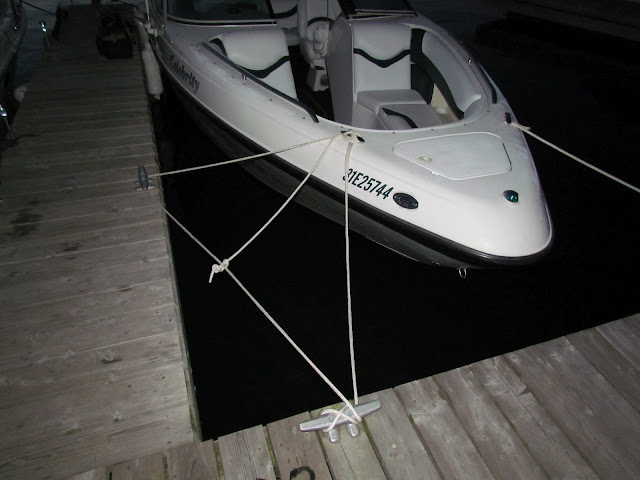 Okay, I can kinda see it.


Monday, weather-wise, was a repeat of Friday, Saturday and Sunday:  lots of sun, lots of heat, little wind.


SWMBO and I and Finnegan J. Smalldawg  cast off, to bake and bob and use up some old diesel if nothing else.  The beach was busy,  and some serious earthmoving was taking place to the West: 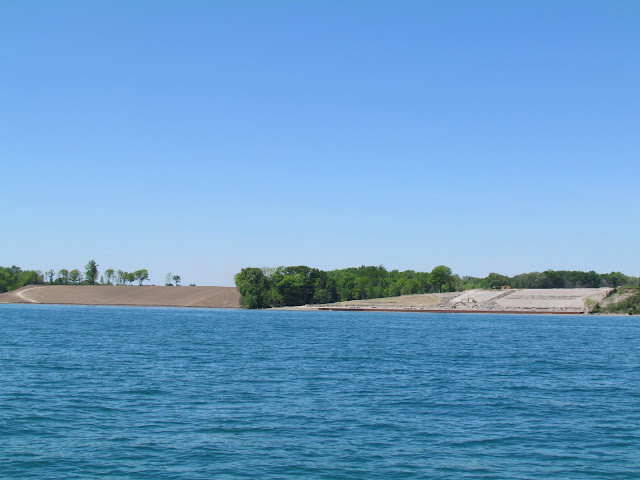 We rolled out our genoa,  and loafed along at a leisurely 2-3 knots, experimenting with jib car position  and sail trim.

It was definitely a spinnaker day, and we saw some beauties, but only managed to capture one image: 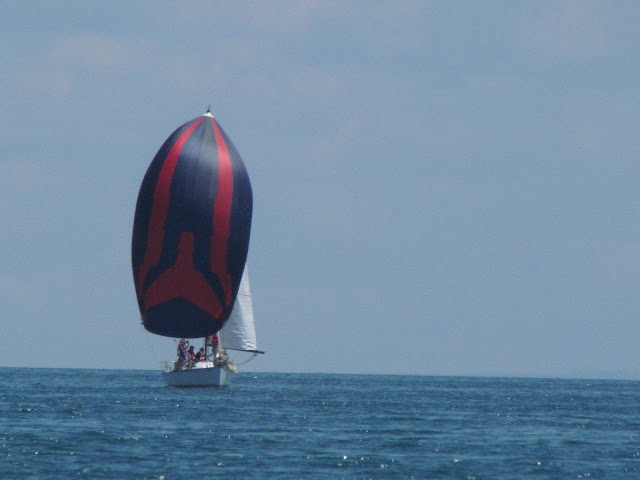 Returning to the dock mid-afternoon, I settled in for some serious lounging and boat watching while re-reading a Harlan Coben novel and sipping a rum and coke.

Yes, I can multi-task with the best of them.

I was turning a page when the sky darkened and a shadow passed over Whiskeyjack.  I look up just in time to see this boat come past:

Holy windage, Batman!  She may not bee the longest boat in the marina, but this Carver has some definite height- those may be the longest fender lines I have ever seen. 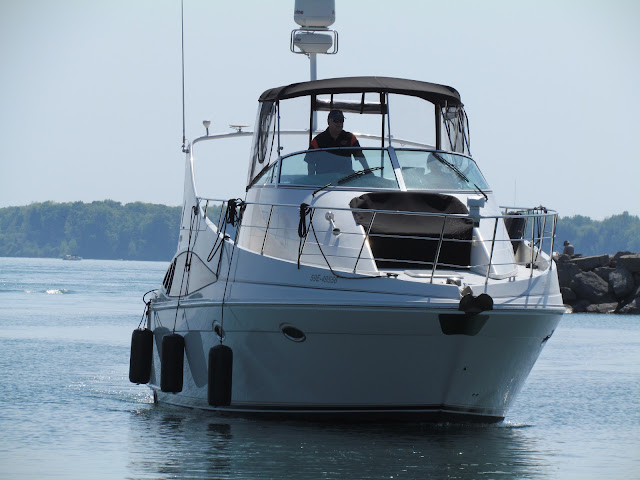 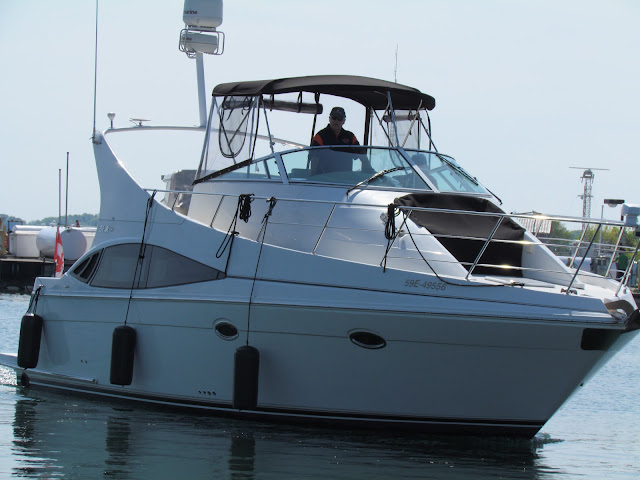 Monday night SWMBO was working, so I decided to take a solo cruise and try to find some wind.  I also had to touch base with Andy and Yvonne from Tempus Fugit regarding some canvas work and to see the new mainsail they DIYed, so I decided to cruise down the dock to see yvonne's parents Jim and Marianne to see if they could pass on a message to their kid...
It's the Dock Six telegraph, and it works.
Really well.
How well?
Look at what boat happened to be mooching a slip on the Dock! 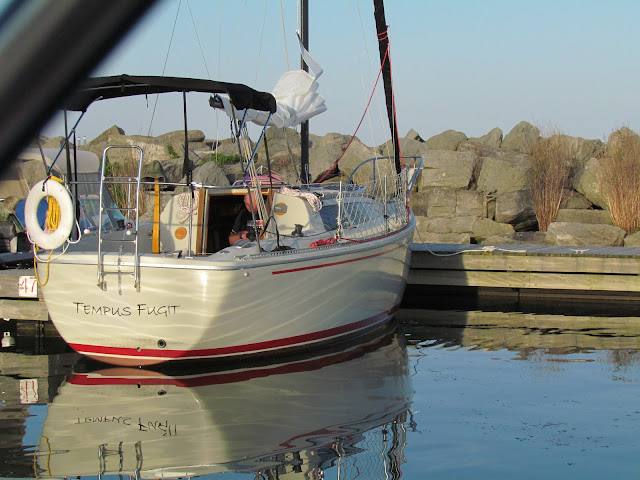 I got the chance to converse about  my canvas concerns and get up close and personal with the new sail.  More on that in a later post. 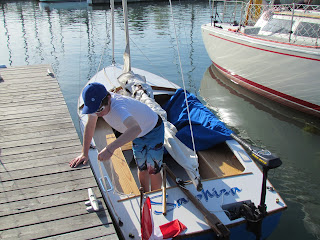 Meanwhile, Jordan was waking up Saphira,  and just like me, having no joy with no wind.

We still put more than 15 miles on Whiskeyjack's log this weekend just puttering around, and nothing broke, nothing disappeared and everyone had fun.  If this continues through the rest of the season, we won't be unhappy.

Thanks for taking the time to check us out.  Please feel free to "Talk the Dock!"  Link us, follow us, or just tell your friends.
Posted by Dock Six Chronicles at 22:16