Wheels for Keels- A Bittersweet Swap


In February of 2002, I acquired an old VW Thing, the 47th VW I had owned.  It was a project, in need of an engine, some bodywork (a tree had fallen on it), paint and reassembly.  My plan at the time was to do a quick and dirty rebuild and get it on the road by the summer.  Shouldn't take more than 6 months, tops, I figured.

Last week it finally left the garage.  On the back of somebody else's trailer. 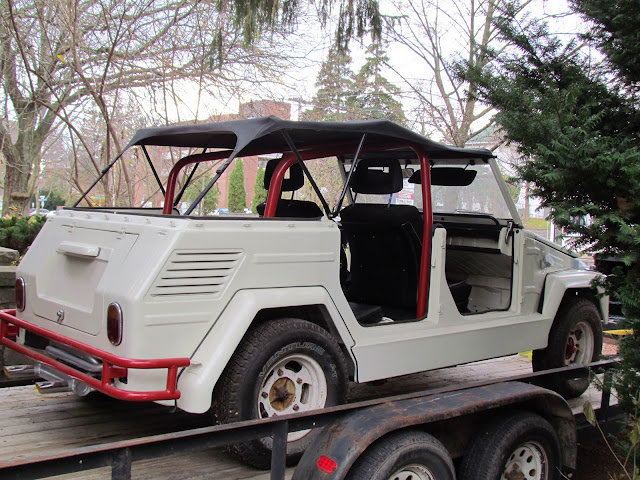 It wasn't as hard to see the car go as I thought it would be.  In fact, as I watched the trailer and it's cargo head out of the driveway, the hardest part was coming to grips with the fact that I was now, officially an old fart.

I could no longer ignore the fact that I preferred standing and sitting while working with wood and fiberglass in a warm house to lying on my back on a cold floor in a cold garage clutching cold tools, under two tons of old rust trying to remove a cold , seized, 40 year old bolt, nut or screw that is going to snap right...about...* ...now.   I prefer the scent of fresh cut cedar and mahogany to the stink of  PB Blaster and overheated gear oil.  I prefer the growl of a table saw cutting ply to the sound of a cut off wheel shrieking through sheetmetal.  I prefer to shake sawdust out of my hair to trying to excavate rust and filings out of my ears.

While I was disappointed in myself for not finishing what I had started with this project, I was eager to move on.  It was time.

Cleaning out the garage was the last hurdle to clear before I could start the catamaran build.  Now, with the garage empty, I could begin to refill it.

Monday, the donor boat was delivered to Stately Jones Manor.  Time to strip it down, and get to getting. 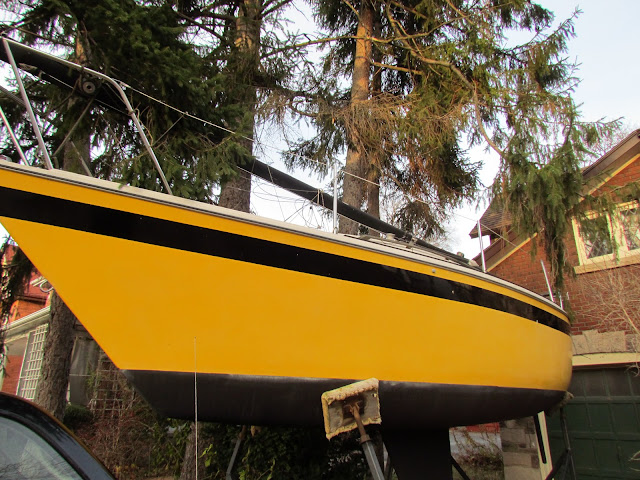 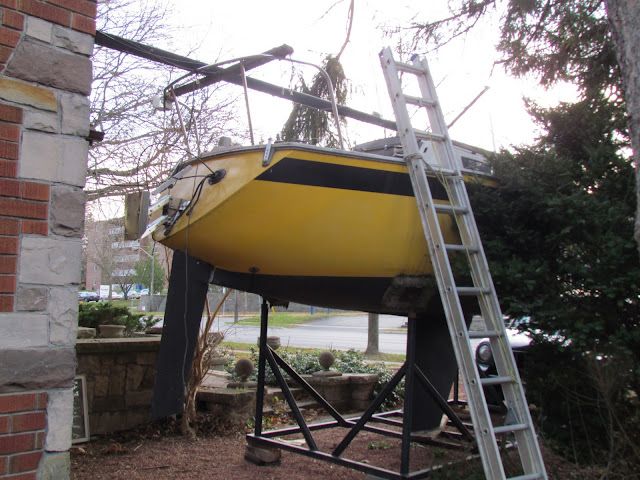 Thanks for taking the time to check us out.  Please feel free to "Talk the Dock!"  Link us, follow us, or just tell your friends.
Posted by Dock Six Chronicles at 10:07