Welcome to the Jungle


So, here it is, August 14th, and the weather is hot and sweaty.

The forecast is hot and sweaty tomorrow.

In fact, the forecast is hot and sweaty for at least the next week, with no relief in sight.


This has definitely moved me into the quarter-finals of the World Procrastination Championship  (Playoff schedule to be announced shortly, maybe.)


Well, in the words of Inigo Montoya,

It's been an interesting few months.

Might as well begin at the beginning, way back in August:

Completely off the Dock, but worth mentioning, because it was such a unique experience- SWMBO and I got to see The Tragically Hip play the Air Canada Centre on August 10.

I have never felt so damn Canadian. 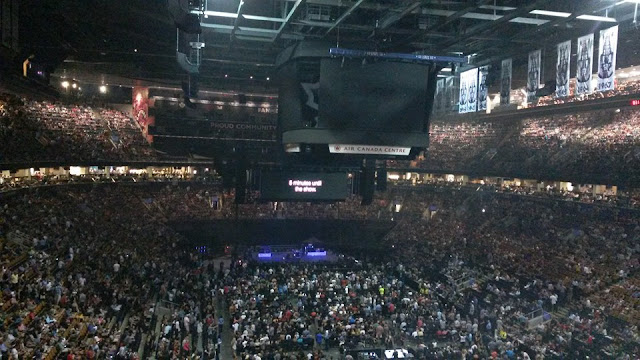 See, here's the deal:  The Tragically Hip is like Canada's house band.  They aren't the soundtrack of our 20something to 40something lives, The Hip is more like the score:  always there, always in the background, sometimes swelling to take the spotlight, and, sometimes, taken for granted,
because they were always THERE.

There was always another tour next year, another album, another chance...

The band's quirky writer and frontman, Gord Downie, announced in June that, well...

He had a brain tumour, and while the prognosis was clear, that he was a dead man walking, there was some time.

The band decided, as a band, (because make no mistake, even though Gord was the face and voice,   these five guys were a unit, playing together since high school,  nigh on 35 years,) to launch one last tour.

Shows sold out across the country, and by the time the band rolled into Toronto, it was obvious this was no gentle victory lap of greatest hits.

From the opening chord of "Courage (for Hugh Mclennan)", that dead man walking worked that stage for almost three solid hours that night in Toronto.  Gord was occasionally teary eyed, and some say he looked frail,

but he flat ran that room.

How big a deal was this concert tour by the best band you've never heard of?

This is where things really get Canadian.

The Canadian Broadcasting Corporation, often maligned, often unappreciated, often viewed as an anachronistic irrelevancy in the 21st century, lived up to it's name, reclaimed it's role as CANADA'S media, dropped the bomb, and then dropped the mic:

The CBC stepped up and  decided to bring the party to the people, by broadcasting the final show live, on all of it's platforms. Television, radio, online, on demand....

So, we saw The Hip again, on August 20th, at the Marina, broadcast on a sheet hung in one of the pavilions at the foot of  Dock One, along with a hundred or so others... 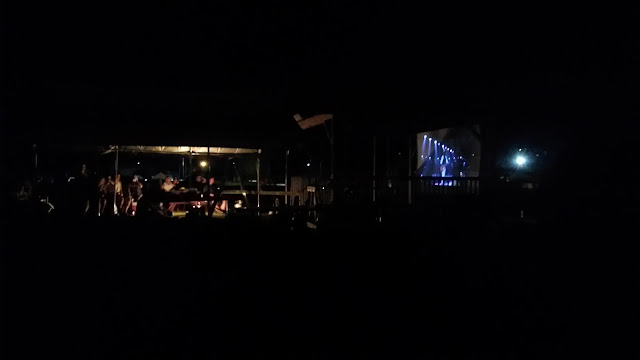 ...and over 11 million other Canadians .


Paul, Johnny, Gord, Rob and Gord:  Thanks for everything.

That made conditions perfect for a bumper crop of Dockgrass, aka Eurasian Water-Milfoil.

This shit is evil.  It grows rapidly, it grows long, and it grows tenacious.  During the month of August it quite literally clogged the fairways of the marina. It wraps props, snags centerboards and generally acts as a hazard to navigation.


Typically, after backing out of our slip and leaving the marina 2 knots slower than usual,  a quick blast of reverse would clear a ball of weeds from the prop that looks like this: 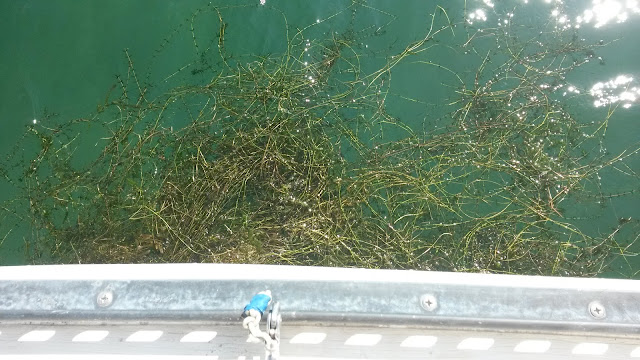 We are responsible for keeping our slips clear of weeds, so every couple of days, our Dock looked like this: 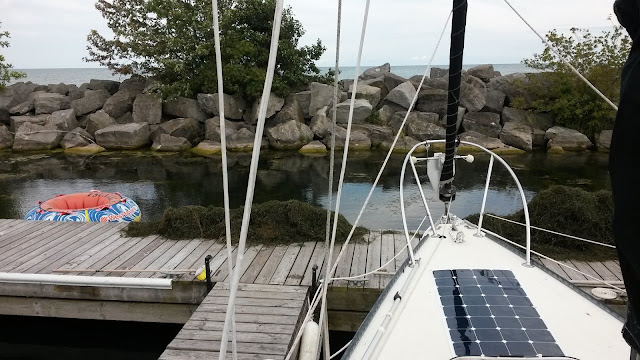 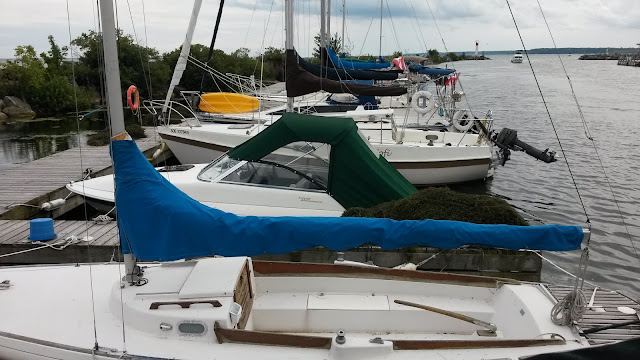 That's two days worth of growth, in two slips.

Down the Dock it's even thicker, as wind and wave action tends to push the floating mass into the corner, where the Dock meets shore. 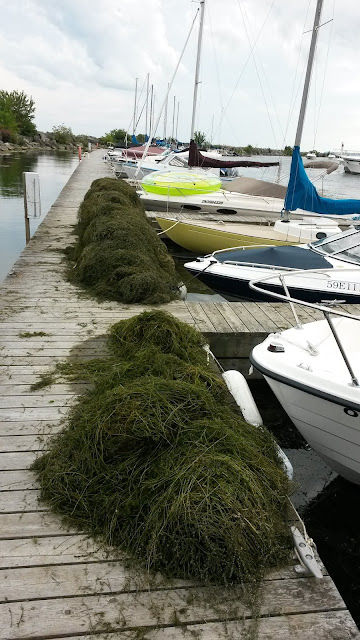 The marina has a dedicated harvester, but it's one machine fighting a losing battle- it's payload is relatively light, so the bulk of running time is spent transiting to shore to offload into a 40 foot bin, then transiting back to the fairway in play, and then back to unload...

There's no easy solution, so we bear it and keep sailing.

I have a suspicion that Dockweed hastened a soon-to-be discovered problem aboard Karma.

SWMBO and I took an extended Labour Day weekend  and on Friday decided to make an afternoon run to Pottahawk and back.  We motorsailed out, making good time, clicking along at a happy 5-6 knots in 8-10 knots of wind.  Motorsailing, because I'd been having some concerns about our engine-  Karma had felt down on power in recent days, so I thought a good 2-3 hour  run wouldn't hurt.


We scooted past Port Ryerse, then past the site of Bushstock, a new 2 day music event in the 'folk.... 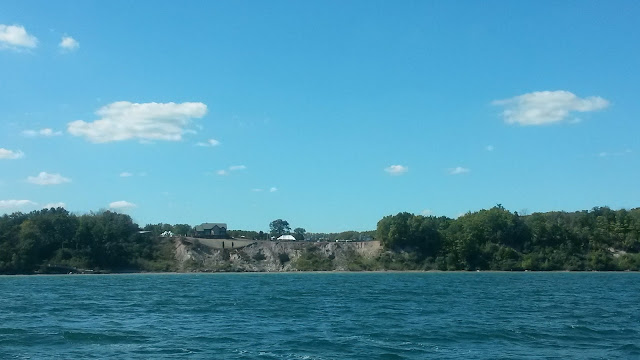 Then sailed past Fisher's Glen... 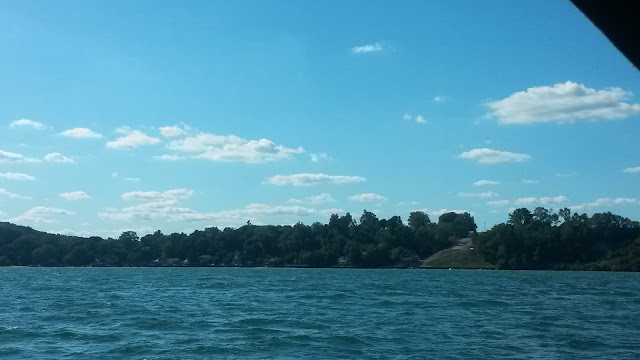 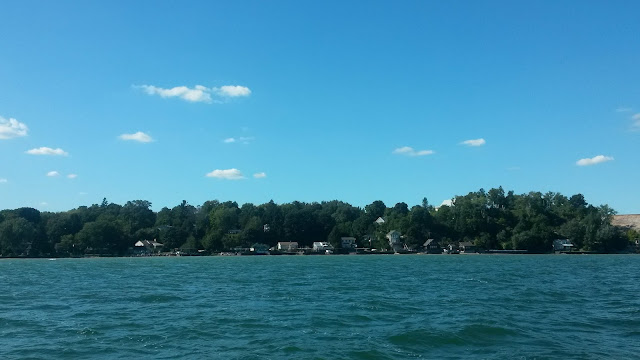 ...two hours out, we spy Turkey Point to starboard... 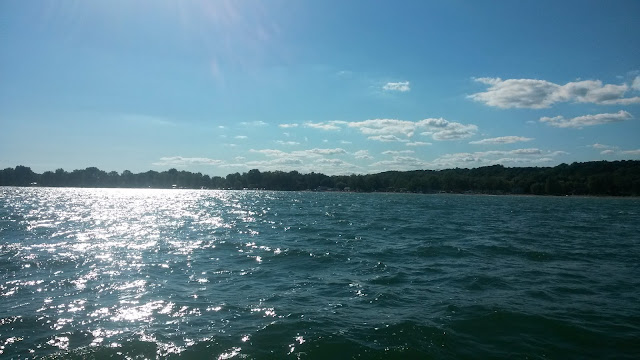 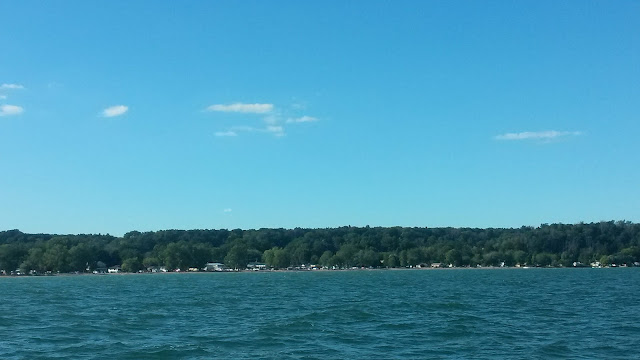 ... as the beach trailed behind our transom we turned to port to cross the gut that separates outer Long Point Bay from the Inner Bay, and headed to Pottahawk... 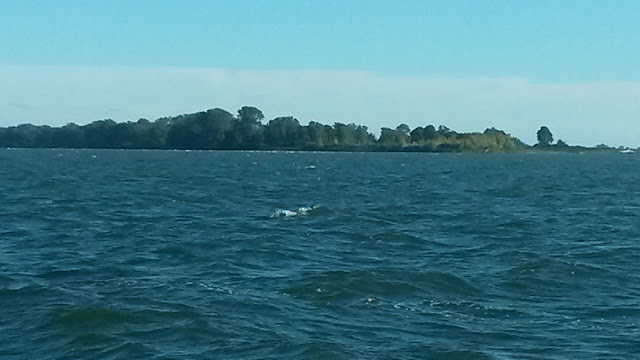 It was a damn near enough perfect day for sailing- decent wind,  and fairly typical bay chop, but we had the Bay pretty much to ourselves- in 20 miles-ish of travel, we saw just a handful of other boats.


We reached Pottahawk, turned to port again to head for home, and with the wind on our nose, it was all engine now, so we furled sails and throttled up to 2/3 throttle, call it 2200 rpm, which gave us...

Huh- maybe the headwind is stronger than it feels.

Throttling back, SWMBO and I chugged along at a now steady 2.5 knots, and troubleshot:

Maybe a ball of weeds around the prop?

SWMBO throttled down, shifted into reverse, boat speed jumped to 4.5 knots,  no telltale mulched weeds arose from under the boat.

Back into forward, back to 2.5 knots.

I go below, retrieve the service manual for our mighty Yanmar YSM-8 powerplant and start reading.

The transmission on our iron genny has two "friction discs", essentially clutch discs  that do the job of taking the 8 hp created by the engine and transferring it to the prop shaft to drive the boat.  One clutch disc handles forward go, one clutch disc is tasked to handle reverse.

Guess which one is used more?

Guess which one signals it's decided to retire by no longer transferring all of the engine's mighty 8 hp into usable propulsion?

Yeah- obviously the reverse disc was still good to go, but the forward disc would go no mo'.


Yay, problem diagnosed!  But, there wasn't a damn thing we could do, except motor along at 2.5...

Oh well, lots of time to surf for replacement parts on my phone, which led me to discover that, like many parts for boats built when John Lennon was still alive, the friction discs in question were rumoured to be No Longer Available.

Five and a half hours of feathering and nursing the throttle after making the port turn at Pottahawk for home, we limped into the marina, in the dark, inching into our slip at 1.5 knots.

I stopped into  Bridge Yachts on the Tuesday after Labour Day, and requested they find the part, if possible.  Three days later I got a call- they found two discs.

The last two YSM-8 friction discs on the planet allegedly.
In Japan.
They would be here in three weeks.
I ordered them both.

Where Karma largely remained, until Phil and Corinne and Compass Rose towed our burdened beast up the river to the Bridge Yachts yard  at the end of October.

The last two Yanmar YSM-8 friction discs on the planet finally arrived....  in the third week of November.

I'll deal with it in the spring.

The great thing about owning a fleet is that, while the big boat may be down and out, SWMBO's ride, Ereni, was more than happy to stretch her legs.

Ereni is no faster than Karma-  in fact, if you belief PHRF, that sleek little race-pedigreed one design daysailer is owed a little time by Karma-

but she FEELS faster.

It's like stepping out of a cabover Kenworth truck and stepping into an E-type:  The same speed feels entirely different.

Brutal honesty time- too often, sailing Ereni  is a bit of a shitshow.   The mainsail reefing line too tight, or too loose... 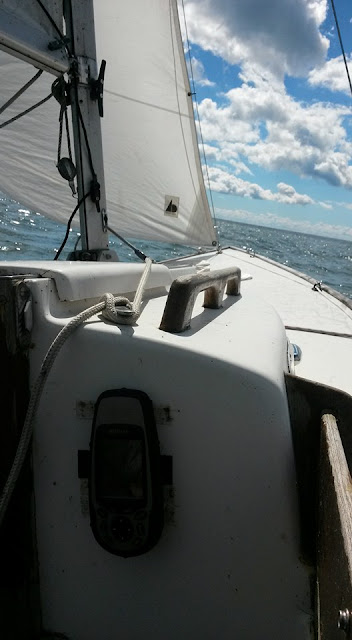 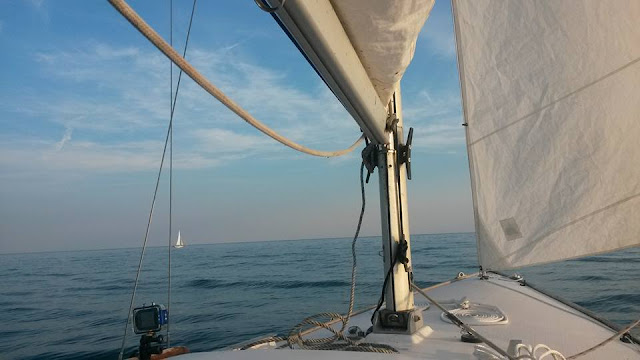 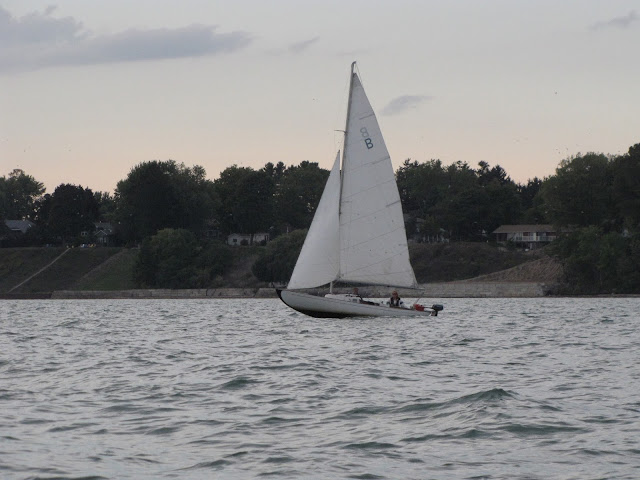 Her sails are blown out, her bottom is fuzzy, she needs new standing rigging, new running rigging, new mainsail tackle, her fuel tank relocated, her brightwork brightened, the list of what she needs goes on and on... 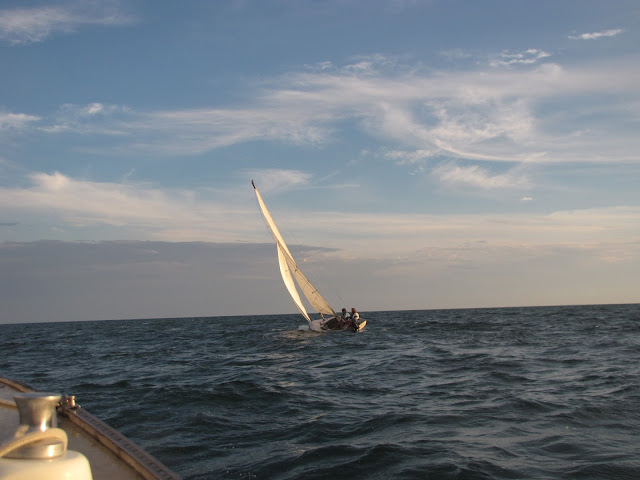 So, that brings us (mostly) up to current- the boats are on the hard, largely put to bed, all gear is now occupying our dining room and den, waiting to be stowed away, and the winter punchlist has begun. Hopefully, I can bring you up to speed on that little ball of mission-creep before the boats splash for the 2017 season.


Merry, Christmas, Happy Holidays, and Happy New Year, to all y'all.


Thanks for checkingin, and as always, please, "Talk the Dock!"