"This heat has got right out of hand..."
-Bananarama

...  and then  more Summer came along and kicked it's ass.

Note that I did not opt to do any boatwork on those days.  Nope, not me.  I had a list of things to do but...


I opted out.  I called it on account of weather.

SWMBO and I got a lot done in the weeks prior to splash, including, new carpet, new foam for the cabin cushions, and a new Low-Buck swim platform...

Karma hit the water on the first Friday of May, one of our earliest launches ever....

...and  she promptly decided to start to sink.

I was toiling away at my day job, making local businesses locally famous, so SWMBO was supervising the launch solo.  As I was on my way to the boatyard, toiling completed, I received a cryptic text message:

Then, I received another cryptic text message:

I got to the yard, and spied SWMBO in Karma's cockpit, pumping away.  Turns out, "water" was , in deed, coming into the boat.... at a worrisome rate. "Hurry" was appropriate, as the sole was awash, and SWMBO was usunre where the water was coming from.  I hurried down the companionway ladder, tore open access panels,  checked the stuffing box (fine) and then the raw water strainer (decidedly unfine, water streaming from the top of the reservoir).

I closed the seacock so the water stopped hurrying into the boat and  removed the strainer and found that the o-ring seal was no longer sealing.

It's Friday, it's after 5, nothing is open that is going to have the part that will solve this problem.  As I was pondering the paucity of options, Skipper Andy wanders past, headed to Cyclone, docked at the Bridge yachts yard this season.  I yell, enquiring rather loudly whether he may have any sealant materials aboard.

Turns out he does-  and it is appropriately named: 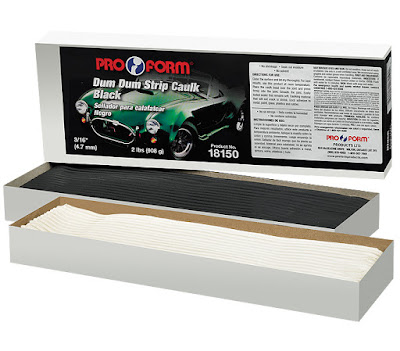 a strip of caulk later, and we're back in business, leak free.

It turns out that the water strainer seal has likely been quietly leaking, unseen, for several years-   the strainer is located in a corner of the engine bay and the leak was  not visible.  But, that unseen unknown leak meant that we had to be vigilant to pump our smallish bilge ever 3-4 days.   Since  resealing, we now pump our bilge every 7- 10 days, with little to show for the effort.

So, boat no longer sinking,  we fire up the trusty Yanmar YSM-8 and set off downriver and around the corner to the marina, and we survey what's new on the Dock.

Turns out, quite a bit.

Thanks for stopping by.  Please "Talk the Dock!" and pass the word.

Posted by Dock Six Chronicles at 23:54