I stopped by the dock last week to get some pictures.  With Inky's passing, the April 15  Marina Opening Day passed unnoticed and unremarked.  Now I am playing catch-up.

Our amenities are installed : 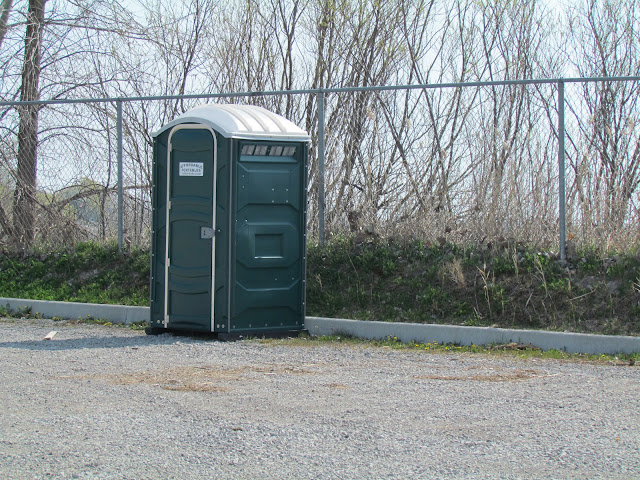 The water level is higher than I expected, given our virtually snowless winter. At the time these pictures were taken the dock population was looking a little sparse.  Since, Rick has dropped in 20th Hole for another season,  James and Brooke have berthed The Instigator, Travis has snagged the slip next to James, Jim and Marianne expect to be splashing both boats this week, Jordan's boat Safira is ready to get wet now that Tempus Fugit is in the water over on Dock Two, Hilary's boat has arrived from Sarnia and is awaiting rigging and launching, Eric has repainted After School and built a new dinghy (more on that in an upcoming post) Jack is still deciding which boat is going to get wet first this year, JD has booked his slip, no word on Mark and Erica, Ralph and Julie and Gavin and Sylvia will be back rounding out the Siren fleet, did I miss anyone? 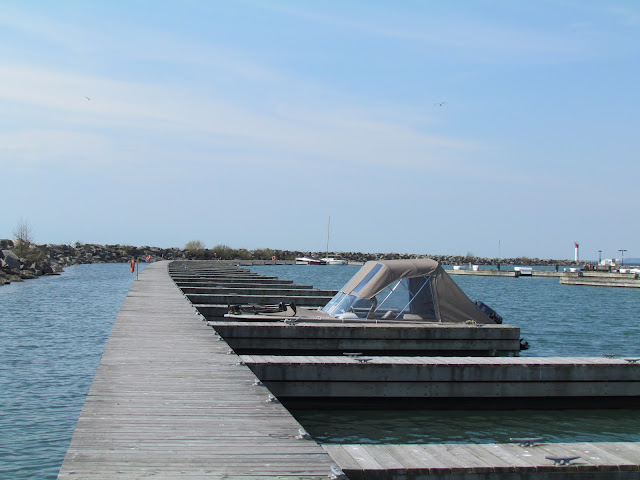 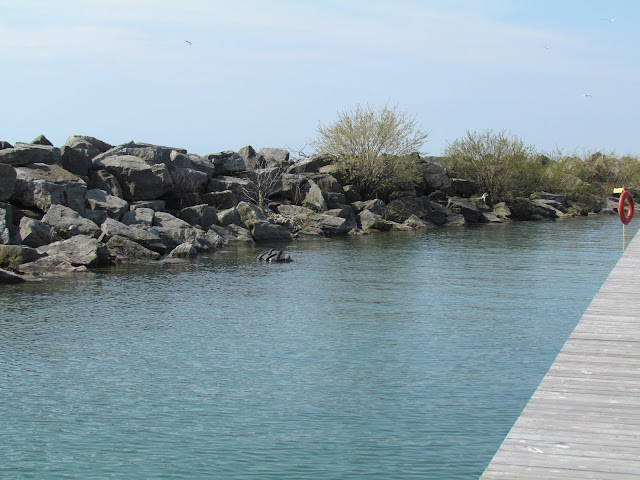 I wonder if there is a tractor attached to that tire? 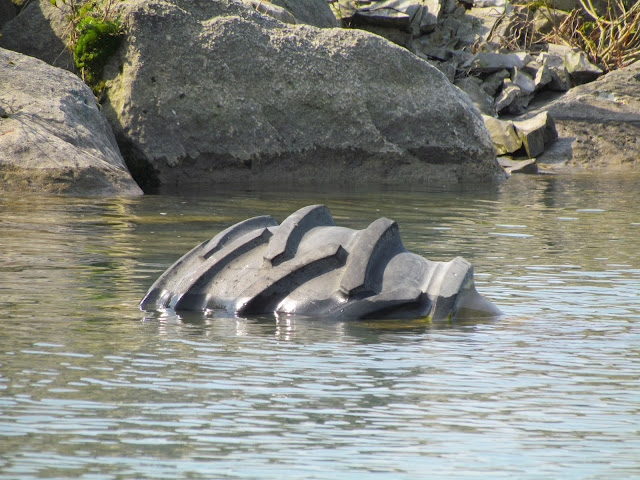 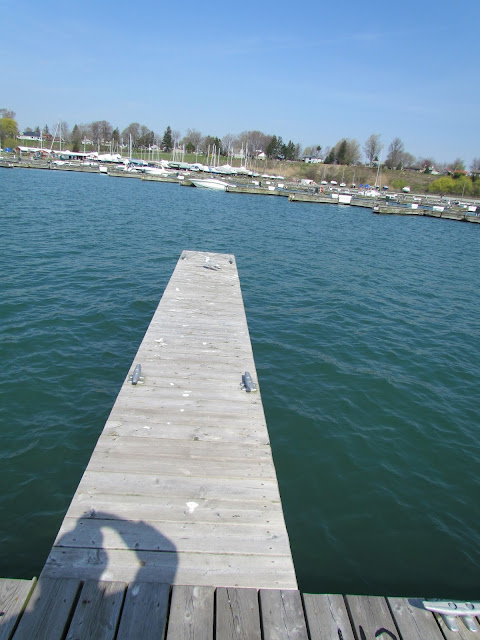 New sailboat on the Dock. 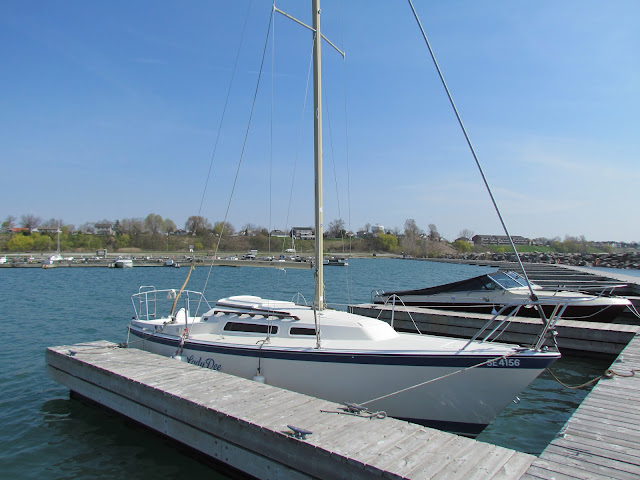 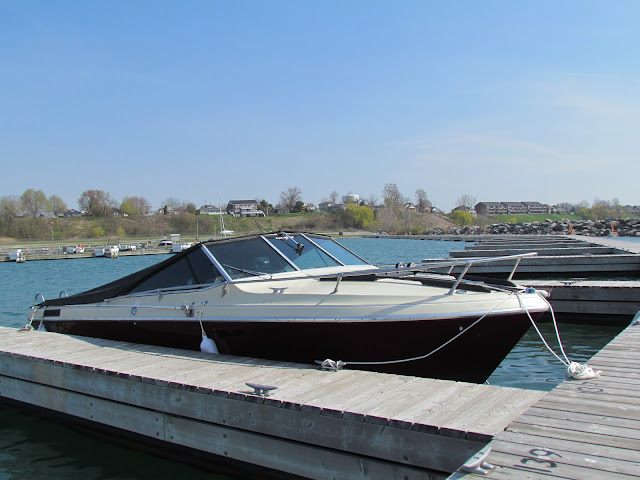 A recycling bin in need of rescue. 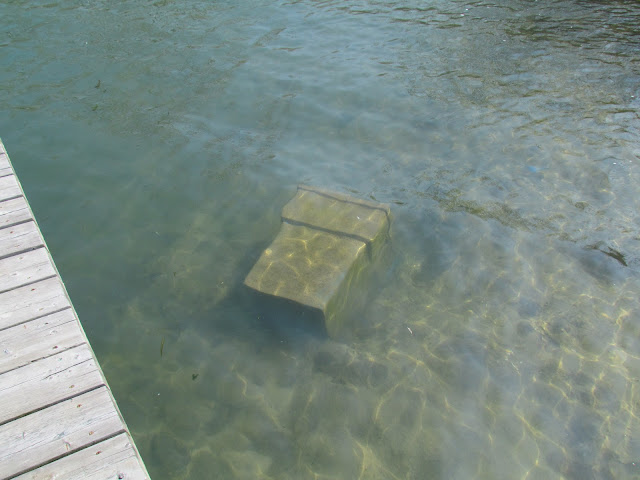 True to form, we on Dock Six end up with the hoopty dock cart. 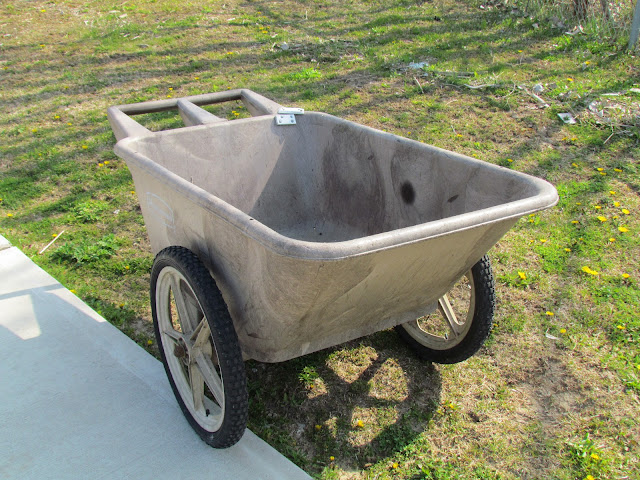 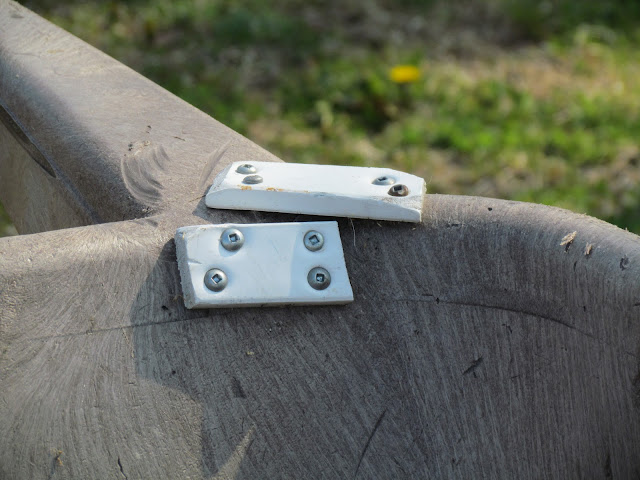 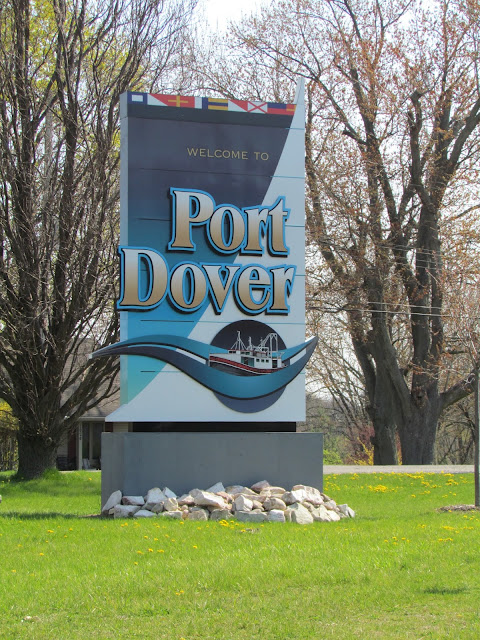 It's going to be a great season!
Posted by Dock Six Chronicles at 23:06