"What chain reaction would cause an effect?"
-Tracy Chapman


While the plot hasn't been altered, some new characters have been added to the Dock this season.  Some of these changes were made to skew younger demographically,  hoping to hook more fans in the coveted 18-49 age group,  and at least one was  a possible answer to our prayers.   Regretfully, the writing will be as crappy as ever, as the producers have not seen fit to increase the budget so that we could hire some real talent.


New to the Dock and new to boating in general are Marco and his lovely wife Dee and their new-to-them boat Candy III.  They have proven to be a solid addition to the Dock  and we welcome them joining us. 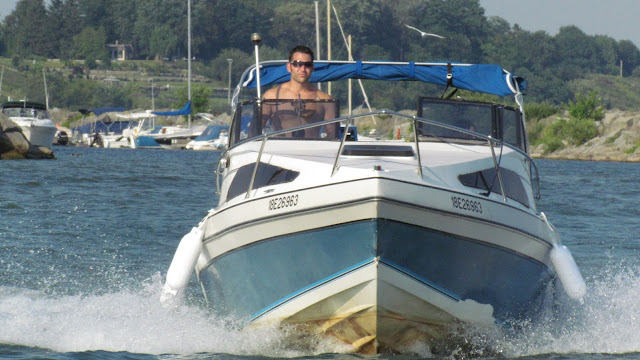 Another novice sailor this season  is Ed, who decided that there had to be more to life than stamp collecting and model railroading.  Browsing through the ads on Kijiji one day  he happened upon a Grampian 17.  He bought it, and decided he should learn how to sail it.  You may remember back in this post  I mentioned
"A greenhorn with a new-to-him Grampian 17 centerboarder has asked Jack to join him for the shakedown cruise.  Jack has told him to come out to the farm first.
"Maybe I can sell him that Rainbow 24, "  he muttered.  "


That greehorn was Ed.   Ed's flirtation with the Grampian didn't last long.  He decided  some living space would be a good thing, allowing him to maximize his sailing time on his days off by not having to go home.  So he put the Gramp up for sale and bought himself a Siren, which he has been busy sailing and upgrading and thoroughly enjoying.
And he has gone sailing with Jack and Melanie on the Bluenose.
Jack didn't sail  the Grampian. 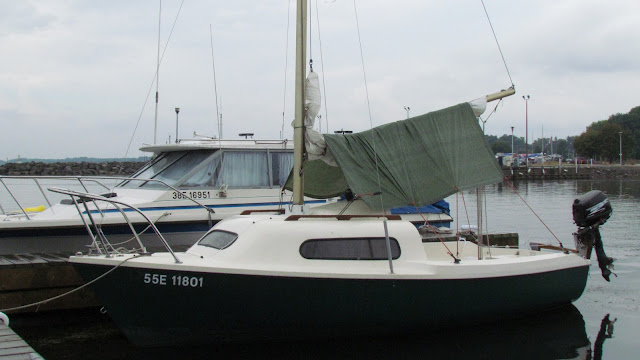 A couple of Sundays ago an older Bayfield 25 slipped onto the Dock with no fanfare.  I have yet to meet the owners, but welcome the appearance of this salty warhorse. 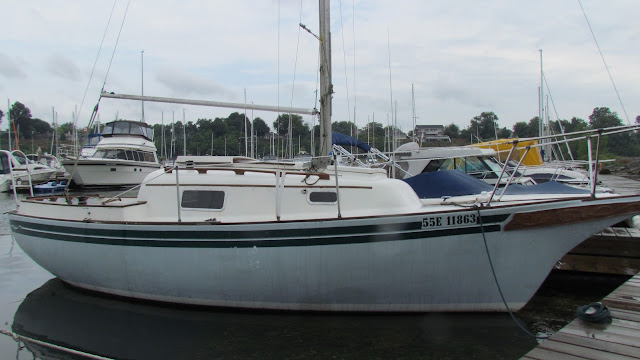 As the sun goes down and we sip our beverages of choice on the Dock, it has occasionally been said, "Y'know what would make the Dock almost perfect?  A connection at the liquor store."

This season, it happened!  Bryan-from-the-liquor-store and his new-to-him Siren have taken a slip on the Dock!  A pilot in addition to a sailor, Bryan has some great stories to share. 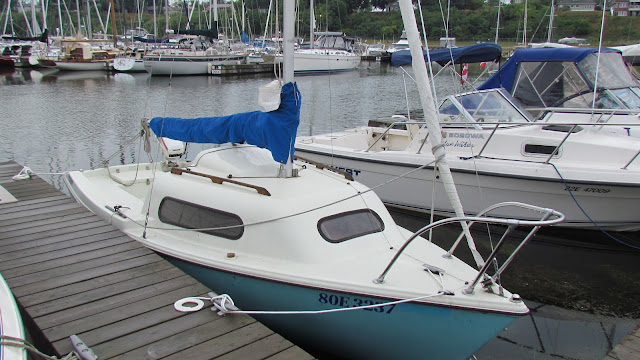 From the "What Goes Around Comes Around" Department:  Before Jim and Marianne had a sailboat, they had a daughter, Yvonne, who married Andy, who liked sailing, so they bought a Tanzer 22, proceeded to sire a whole damn crew, and needed to move up to Tempus Fugit, their S2 8.0.  What of their Tanzer, you ask?
Prolific was bought by another novice, Bruce...  and is now docked a few slips down from Jim and Marianne. 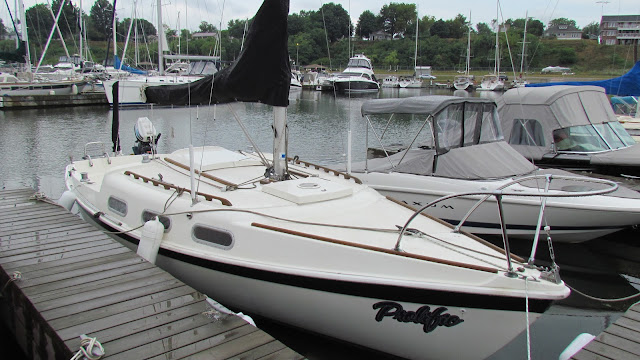 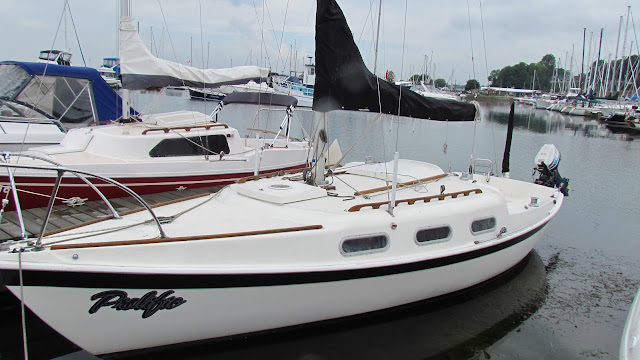 James and Brooke have two-footed themselves right off the Dock.  They sold The Instigator  and moved up to a Doral Prestancia, Mia Casa, which they have docked in their fancy new slip on dock four.  The picture below is the only shot I could get before security came and hustled me away. 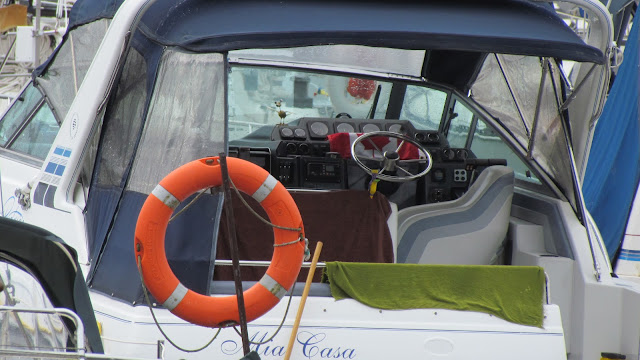 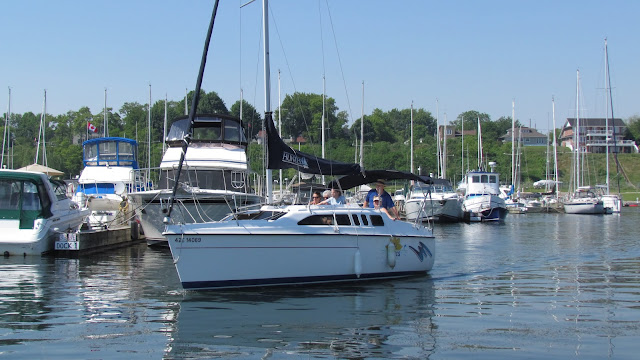 Gavin and Sylvia did the same.   Rather than splashing their Siren, they were offered the use of a Hunter 26, Sol Antics, this season.  Too big for any available slips on The Dock, they were forced to move to dock two...  now unofficially known as the Dock Six Annex.

Travis is also moving up...but staying put.  He has sold his Crestliner and another boat should be in his slip soon. 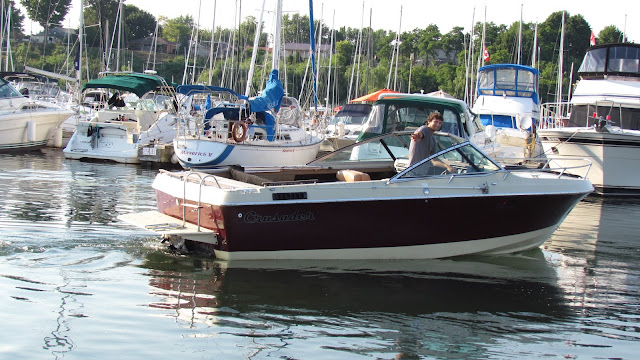 ...  In the meantime, with James and Brooke decamped and Travis between boats, that end of the Dock is looking mighty barren.

Change is bittersweet.  It's sad to see familiar faces leave, but  new folks mean new stories and new adventures, and that ain't a bad thing.


Thanks for taking the time to check us out.  Please feel free to "Talk the Dock!"  Link us, follow us, or just tell your friends.
Posted by Dock Six Chronicles at 21:38