Canada Day is the day Doverites throw a party for themselves.

Friday 13th is when Port Dover throws a party for the world.

Friday July 13, it felt like the entire world showed up.

What started as a small gathering of local motorcyclists 30-odd years ago has become a Very Big Day indeed.

This year we have been blessed with not one, not two, but three, count 'em, three Friday 13s.  July 13 saw, according to the folks who count this stuff, over 140,000 (not a typo- one hundred and forty THOUSAND) motrocyclists, bike fans and those who just enjoy a good spectacle converge on our sleepy little Port with a year-round population south of 7000.

Although the vast majority came by land, some decided to arrive by water: 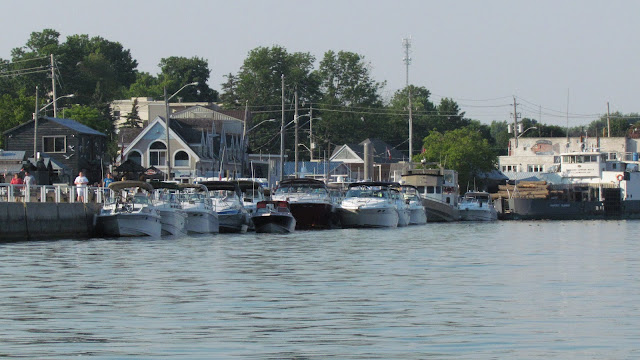 Tying up to the beach side of the pier is not advised, as some of these boat owners discovered when the wind picked up and two boats ended up aground. 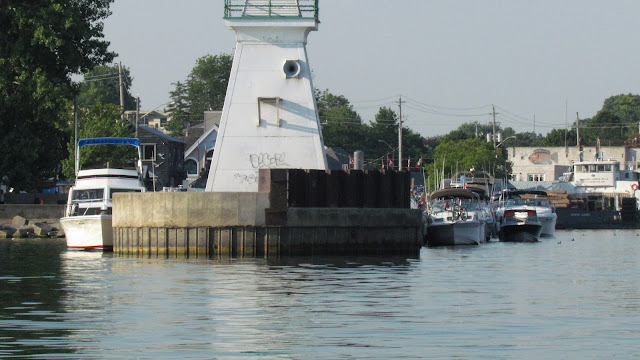 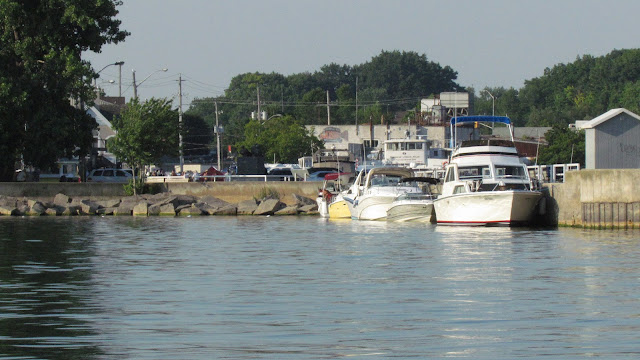 A couple of intrepid folks even flew in the night before: 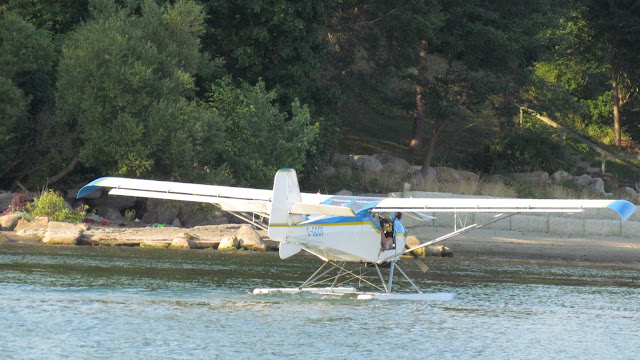 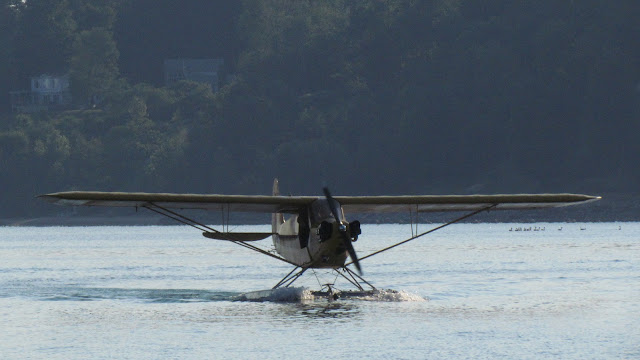 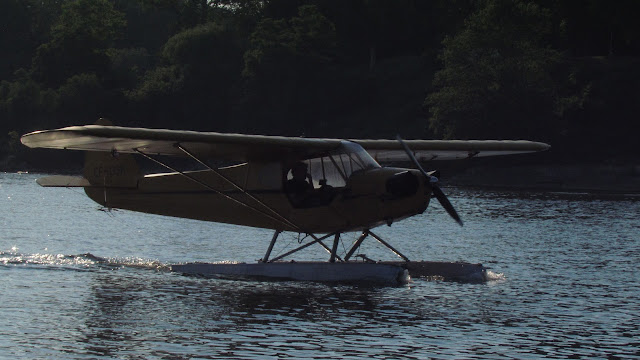 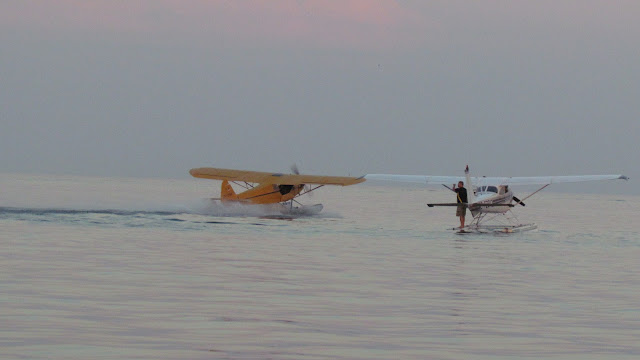 On the day, bikes run the room.  The town is closed to all non-local four wheel traffic, and motorcycles are parked from Tim Hortons  down to the Arbor then around the corner and all the way up Main Street almost to the baseball diamond.  Call it a mile or more of parked and packed motorcycles. 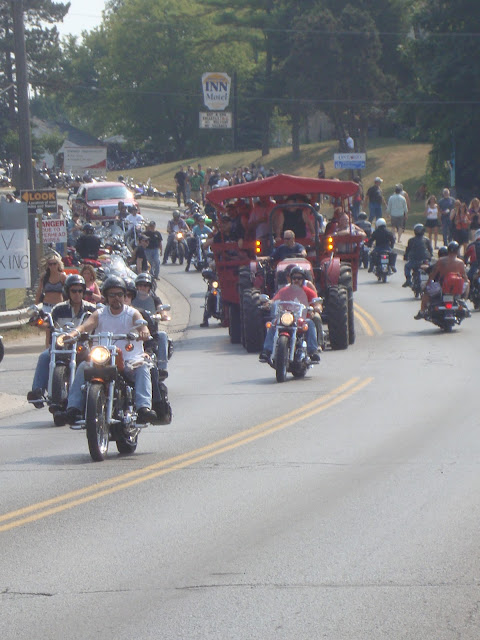 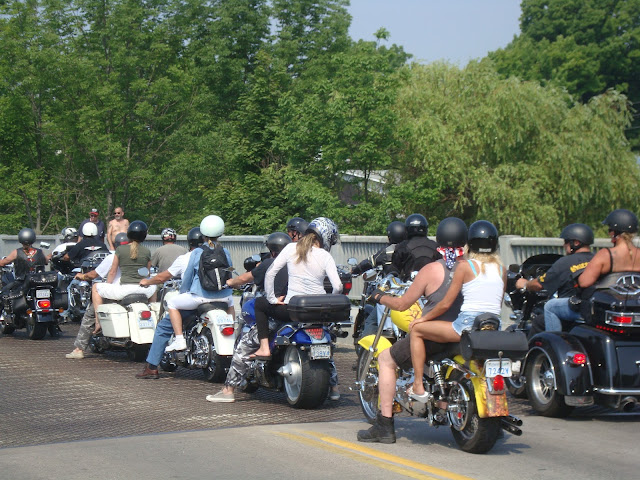 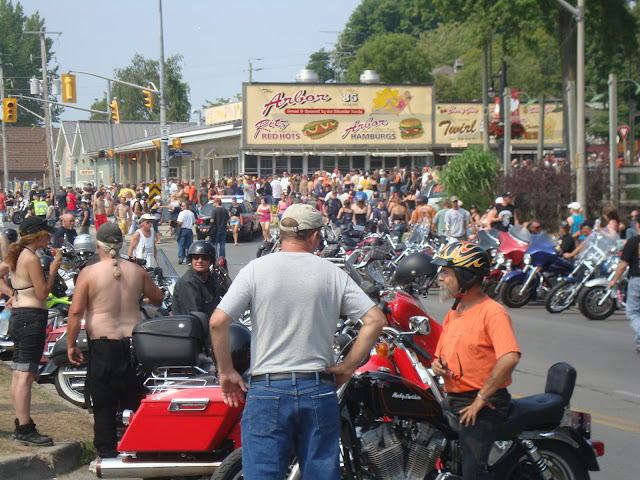 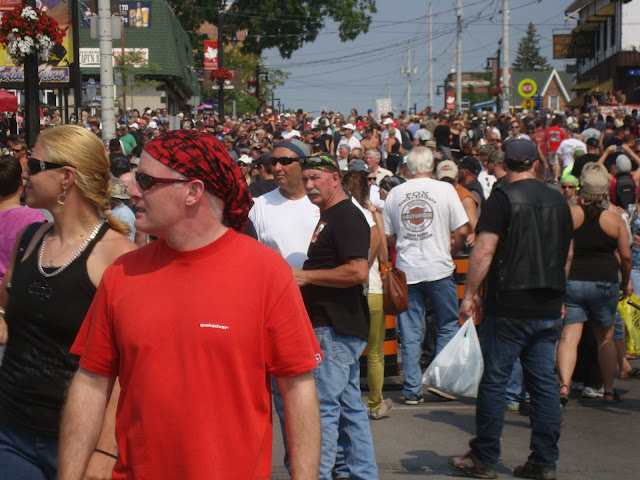 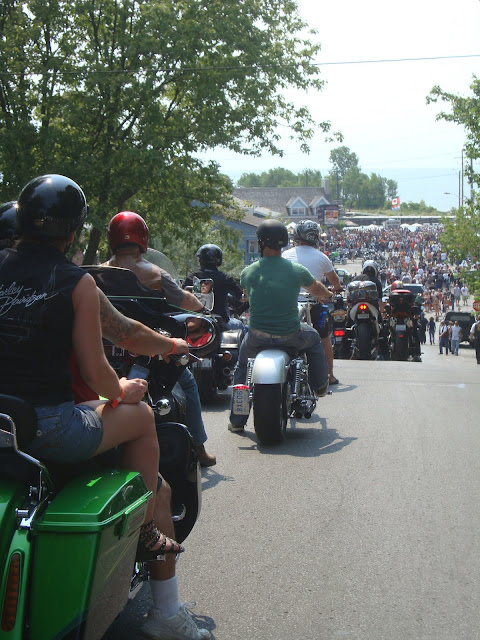 You got your RUBbies (Rich Urban Bikers), your crotch-rocketeers, your customizers,  your die-hard tourers, your Hell's Angels, your mopedsters, your scooter pilots, your kids, your grandparents, you name it...  what you DON'T have, is trouble.  Considering the size of the crowd, the weather, and the tight quarters, the event produces few incidents- it seems that nobody wants to screw  a very good thing.