The Dock may be empty,t the lake semi-frozen, and Docksters scattered to their winter dirt-homes, but that doesn't mean that we have to stop living large by living small.

This winter, SWMBO has been perfecting bread recipes: 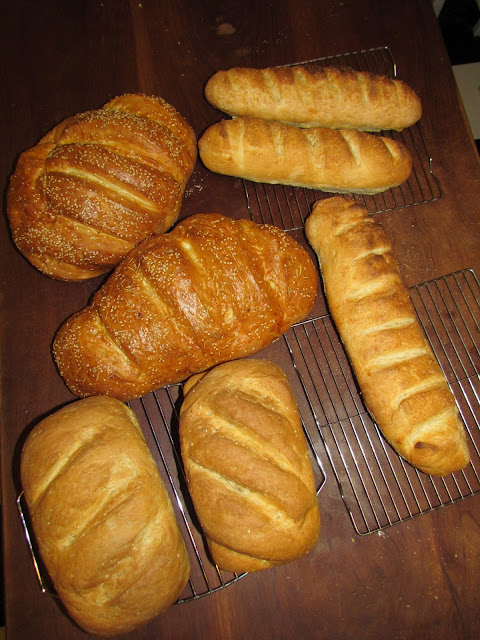 Test-driving boat-size baguettes as well as french loaves and cinnamon bread for the freezer.

Meanwhile I have been attempting to replicate old favourites.

Back in my college days, a favourite restaurant was a little hole-in-the wall joint called The Lucky Kitchen. A storefront with a couple of four tops and a wall of deuces,  what the place lacked in ambience it more than made up in flavour.   My  favourite meal was the Shredded Pork in Peking Sauce.  At least once a week I'd return the beer bottles and shake  down the couch cushions to put together enough scratch to buy myself a plate.   It sure beat the hell out of ramen noodles and Cap'n Crunch.

Well, it beat the hell out of ramen noodles, at least.


The Lucky Kitchen moved out of the student ghetto in my sophomore  year, moving downtown and upscale.  The shredded pork got lost in the shuffle, disappearing from the menu.

The place closed a few years later.  I'm not saying there is a connection but...

Like some sort of ancient oriental curse, it seemed the secret recipe of Shredded Pork in Peking Sauce had been lost to the ages.   I've eaten in a lot of Chinese restaurants since, but have been unable to find this dish on the menu anywhere else.  Maybe with the name change of the big town to Beijing, anything with the word "Peking" in the name was erased from the cultural zeitgeist by the Chinese language police.  As time passed, my memory dimmed, and Shredded Pork in Peking Sauce faded from foody bliss to faded memory.

I wanted to kick some cuisine with SWMBO  for Valentine's Day, so I triaged the fridge for ammo.  Finding pork chops, that long dormant pork memory surfaced.

Turns out I could.

Further turns out it is wicked easy.


15 minutes of slicing and dicing and pouring and blending, a half hour of marinating, 10 minutes of stir frying, cook up some brown rice in a pot on the other burner, and  ... 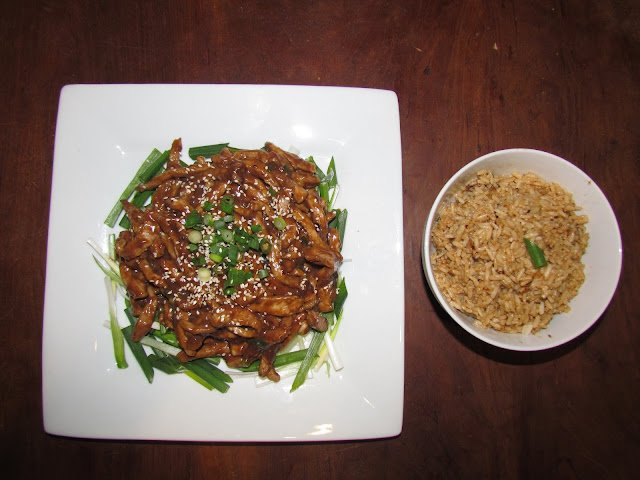 Oh yeah, this one is a keeper.  SWMBO is happy.

If anybody wants the how-to, I am thinking about starting  a new permanent section with all of the two-burner recipes.  Good idea?  Don't bother?  Toss me some feedback on this one, folks.


Thanks for taking the time to check us out. Please feel free to "Talk the Dock!"  Link us, follow us or just tell your friends.
Posted by Dock Six Chronicles at 21:07