Lemme lay some philosophibabble on you:

The idyllic days of balmy breezes and warm water inevitably give way to autumn, the shoulder season before winter rears it's ugly cold head.  The harbingers of autumn-aborning are like a clock ticking, ominously marking the hours and days remaining until haul-out, and that insufferably long season on the hard.

The countdown to haulout started early this season. 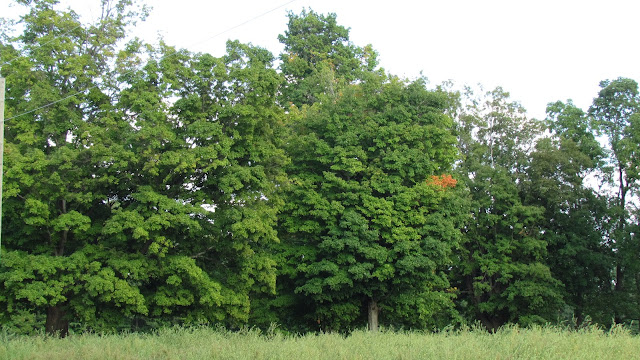 I suppose everyone has their own waypoints marking the turn of the seasons, but the first sign of surrendering foliage is my personal annual reminder that Mother Nature ain't offering a mulligan.

June, July and August are pretty predictable on Lake Erie.  September and October?... 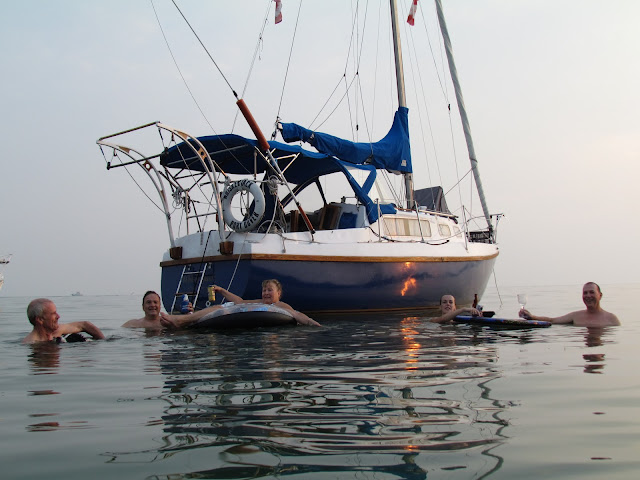 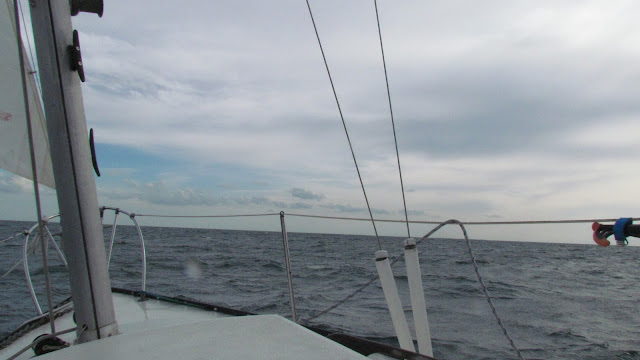 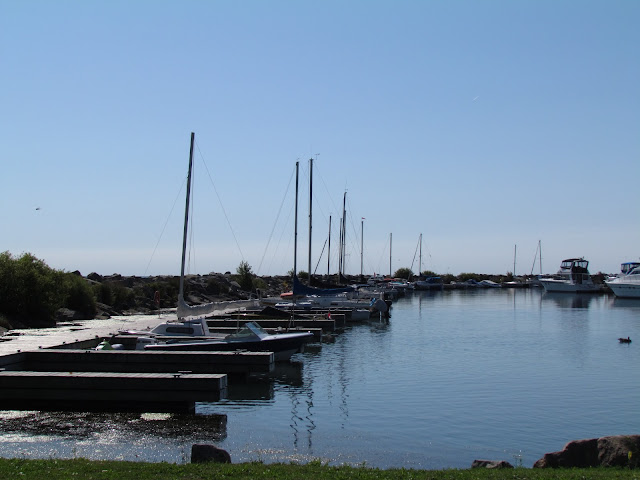 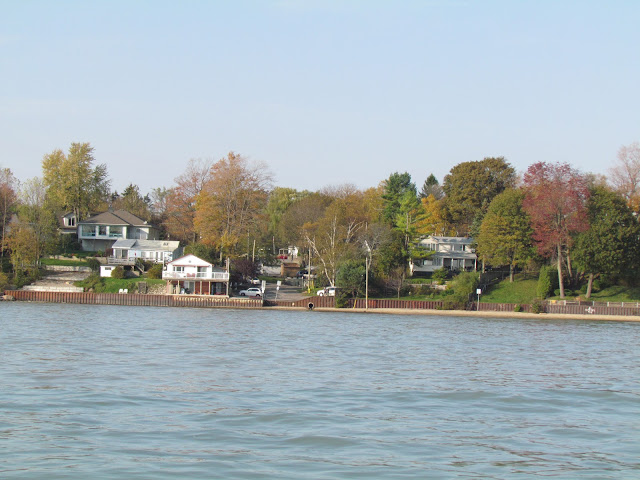 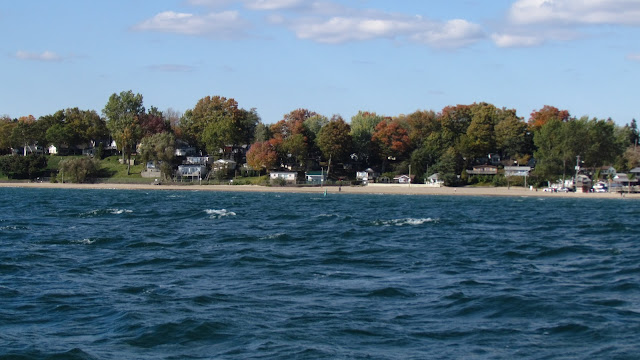 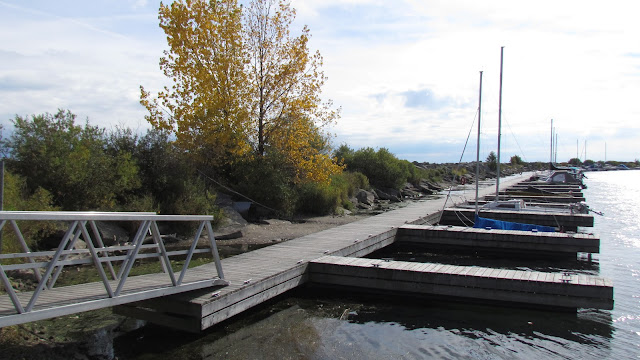 Everything is lower this fall- temperatures, number of boats still in the water, and, notably, the water level.

The water level at the Dock is the lowest we have seen in our five seasons, easily a foot and a half lower than last year.  Lake Erie is SO low this fall that it has caught the attention of the big city media .


At this writing, the ferry connecting Pelee Island with the rest of Ontario, the Jiimaan,  is currently aground  in the channel. 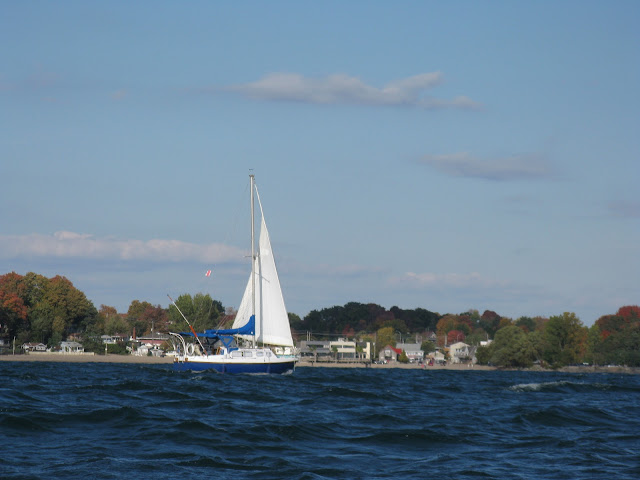 As are Hilary and Jack and Will, and Ed, Eric and After School and 20th Hole and Wheelin' and a handful of other hardy optimists here on the Dock.   Solantics  and  CYClone (that name has gots to go, Andy) are still holding down Dock 2.

Another sure sign of fall-  The first shredded jib: 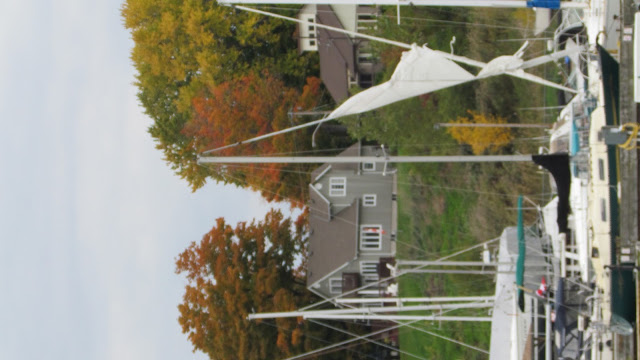 Jack has gotten all seasonal: 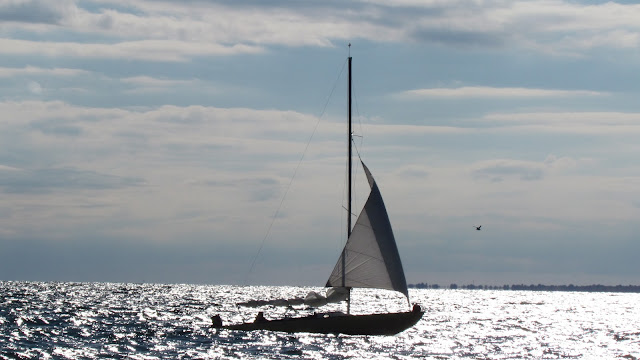 Yes, that is a pumpkin lashed to his bow. 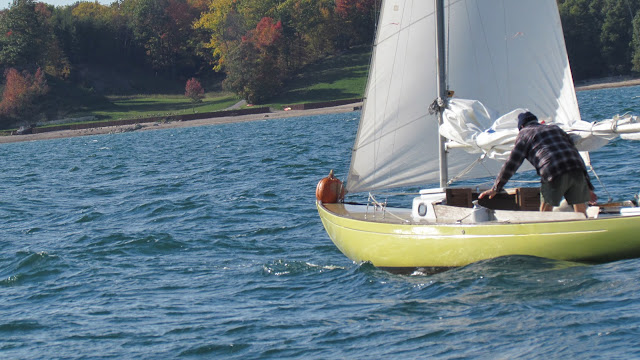 Will is sailing his Tanzer 22 at least 2 or 3 days a week, sporting typical South Coast foul weather fashion: 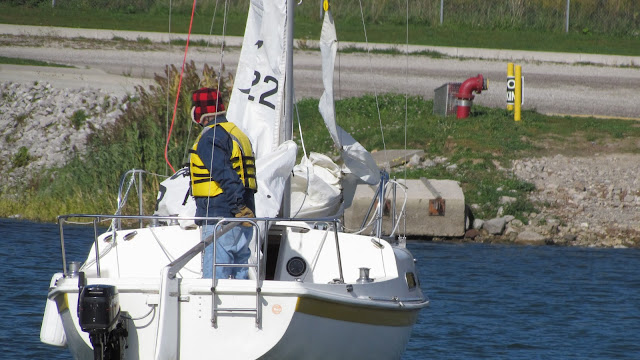 As another season draws to a close, we're gonna do our damnedest to sail out the clock.