"A guitar's comin' through to soothe me..."
-Dobie Gray

At the crack of o'dark-early last Friday morning, Drifter left her slip for the last time. 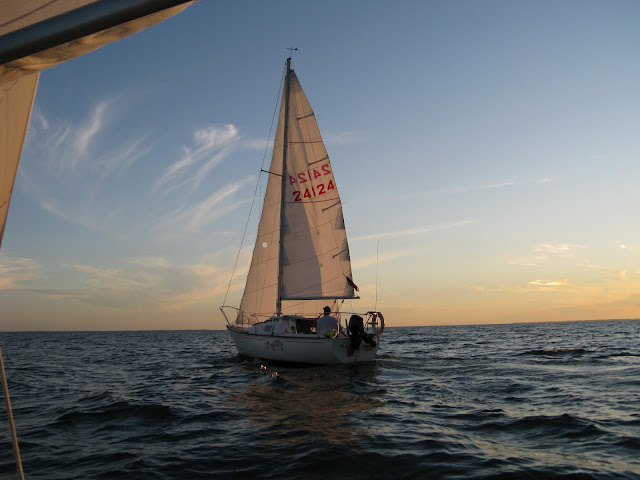 After two seasons of commuting from Pittsburgh to the Dock to sail, Steve decided it was time to move his boat from the north shore to the south shore, and keep her slipped in Erie, Pennsylvania.

Thursday night, most of the usual suspects raised a glass to salute Steve and his intrepid crew, Pete. 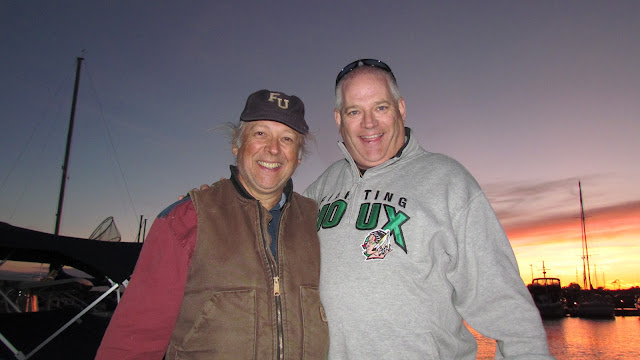 Drifter, a Mirage 24, was one of the most squared-away boats on the Dock.  Steve should write an essay on cockpit locker organization: 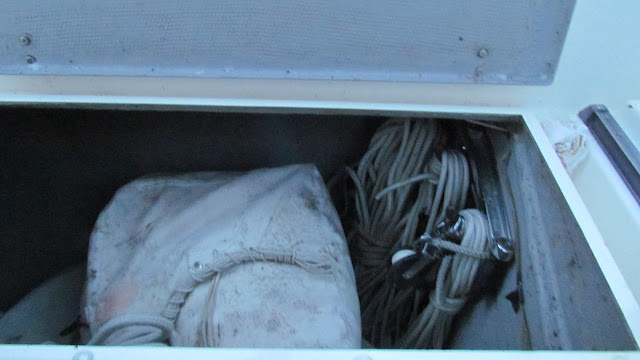 Steve, it's been good to sail with you over the years. We'll see you out in the middle of the lake somewhere next season. 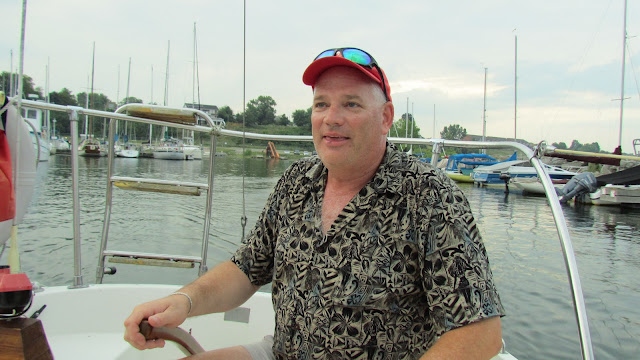