"I watch the ripples change their size, but never leave the stream..."
-David Bowie


On Friday, James dropped a bombshell.  He was selling George Too Two.  Saturday morning she took her last cruise past the Dock on the way to her trailer.
As of Saturday morning, James didn't have a boat to replace her.  It looks like he is going to be off the Dock for the duration.


This is one hangdog looking crew: 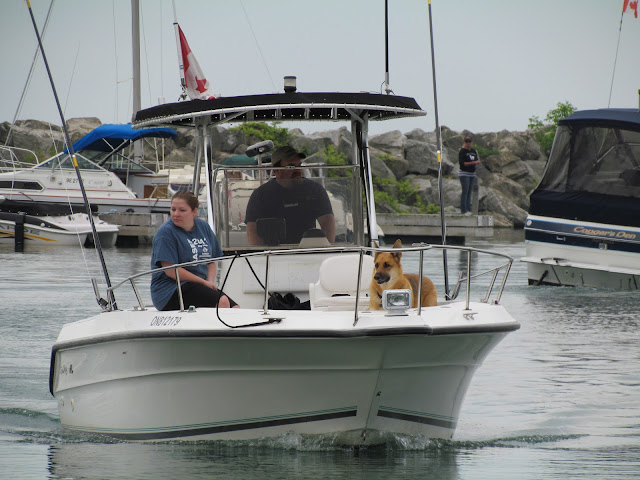 Think they are happy about the prospect of leaving the Dock, even temporarily? 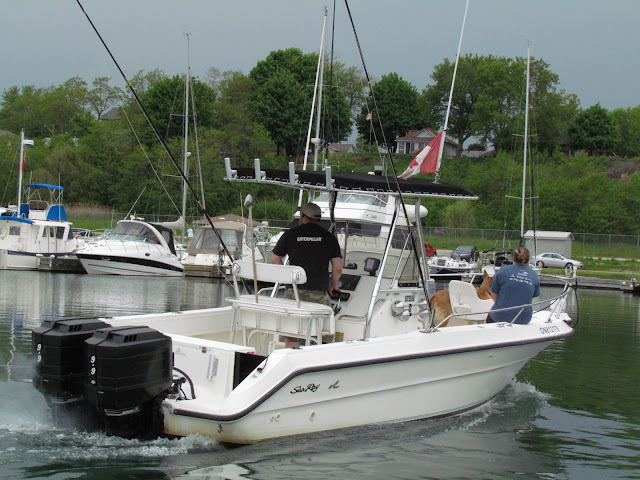 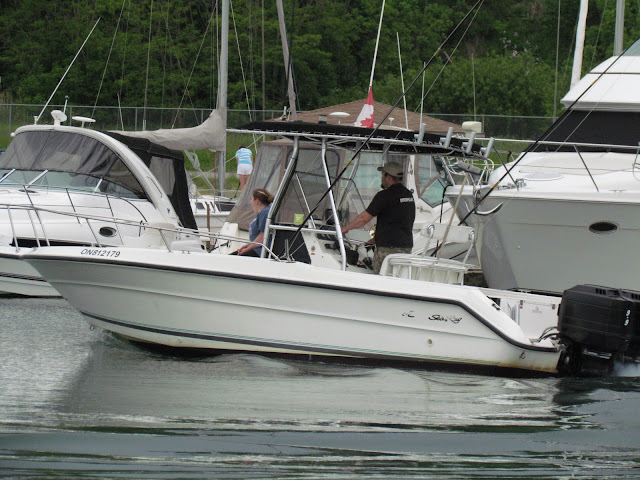 
Meanwhile, as one boat leaves, another shows up.  Friday I notice ANOTHER Siren on the dock. 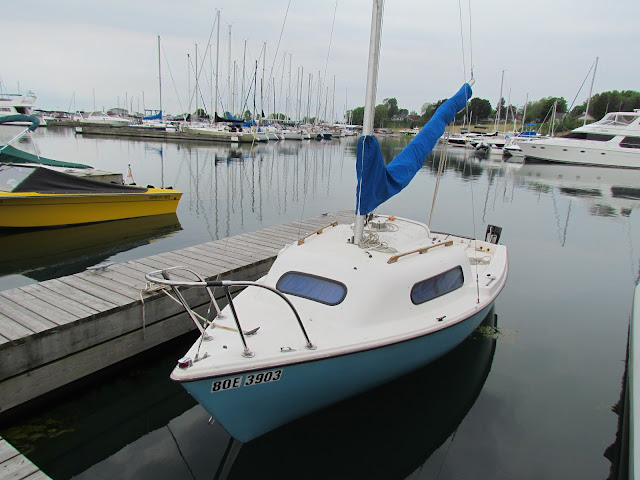 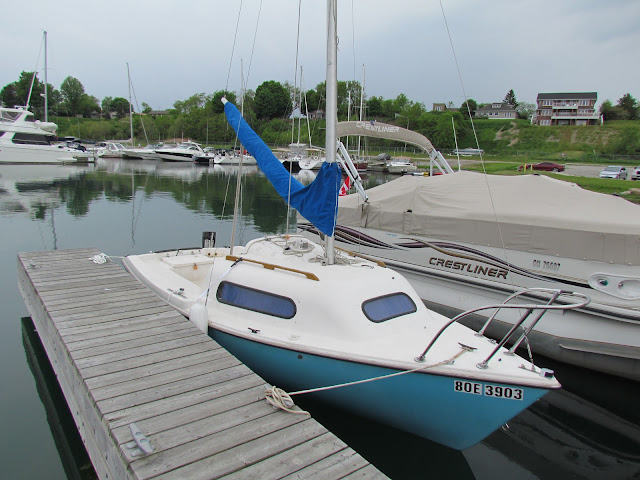 The damn things are taking over.


There is another "small world" story attached to this boat.  As Marianne tells it, she and Jim saw the owners rigging her in the parking lot, and,  a)being fellow Siren owners and b) being sailors who love to talk about boats, they struck up a conversation.  Marianne and Jim were born, raised, and continue to live in a small village north of Port Dover that nobody (except locals) has ever heard of.  Turns out these new Siren sailors have ancestors from the same village.  Further turns out that they were Marianne's great-great-grandsomething's neighbours! 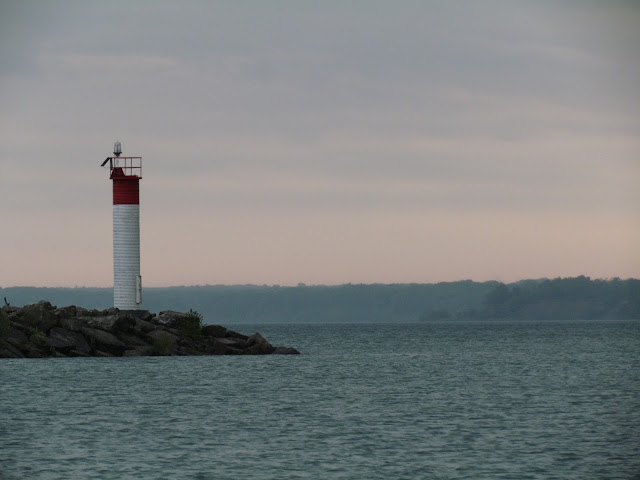 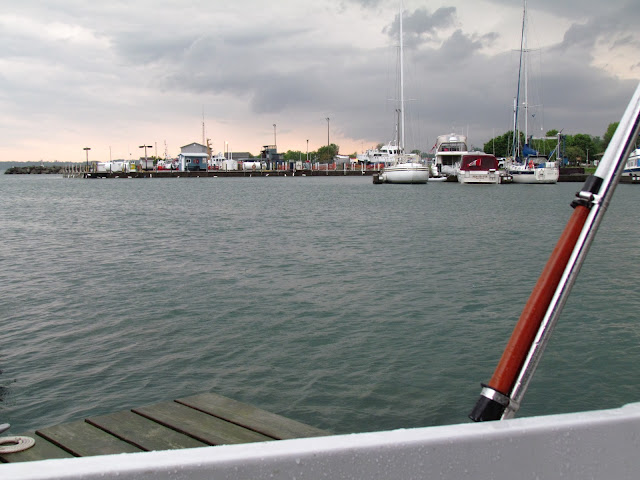 In short order the skies rained hell from above.  Lightning, thunder, dropping temps and heavy rain led humans and dogs to head below and button up.  Our new companionway door did a great job of keeping the weather where it belonged.  An hour later the sky cleared, and James and George wandered down the dock bearing gifts of beer and rum.
Apparently, Dock withdrawal set in quickly.
Through the afternoon we managed to make a significant but purely scientific, dent in the fine bottle of rum that James provided, as research for an upcoming "Rum Review Part II" post.
And we talked boats.
James knew what he wanted in his next boat, it was just a matter of finding the right boat.  He thinks he may have found it.

Sunday morning dawns beautiful, and just gets better.  As I am enjoying my morning coffee in the cockpit, what do I spy motoring up the fairway? 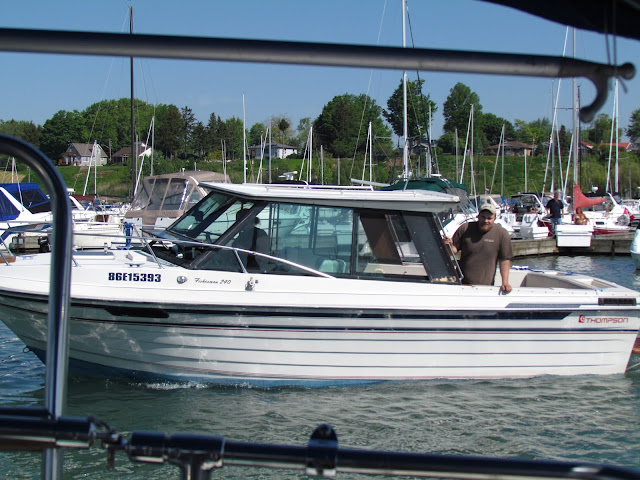 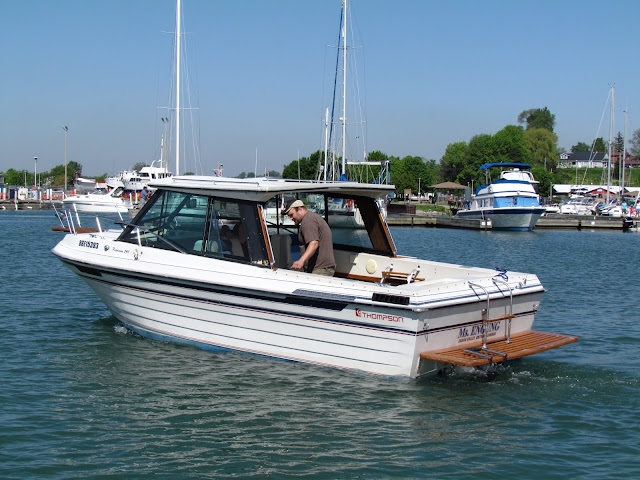 James has a new boat!
Soon to be renamed Instigator, she looks to be a solid all-weather fishing machine.
Total number of lost days Off-Dock: 0

There's also new additions to the feathered population on the Dock. 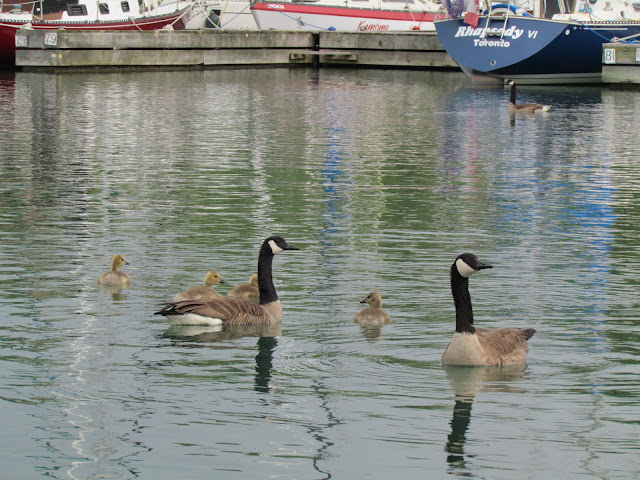 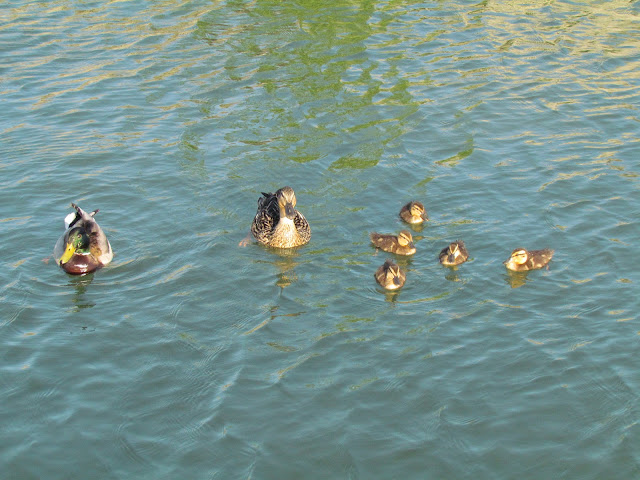 They sure are cute when they're not crapping on the dock.


As always, thanks for checking us out.  Please feel free to "Talk the Dock." Link us, follow us, or just tell your friends!