Sunday dawned sunny and warm-  after a week of "meh" weather and two days of brain-busting sales meetings inland, I was feeling the urge to get some spring boatwork done.  SWMBO and I loaded cleaning supplies into Lady Liberty and set out for the boatyard to indulge in some serious sweat equity time aboard Whiskeyjack.  While SWMBO made the cabin smell nice and look good, I decided to clean out the cockpit lockers.

Which got me thinking about crap

. I realized that there is more than one variety of crap, and the more varieties of crap you've got, the more complicated your life becomes.

The port cockpit locker is a perfect example.   Photographed below is all of the crap that came out of that one little locker- a combination of  Previous Owner Crap, Maintenance Crap, Useless Worn Out Crap and Crap in the Wrong Place.  I was stunned at how much crap fit into that little locker. 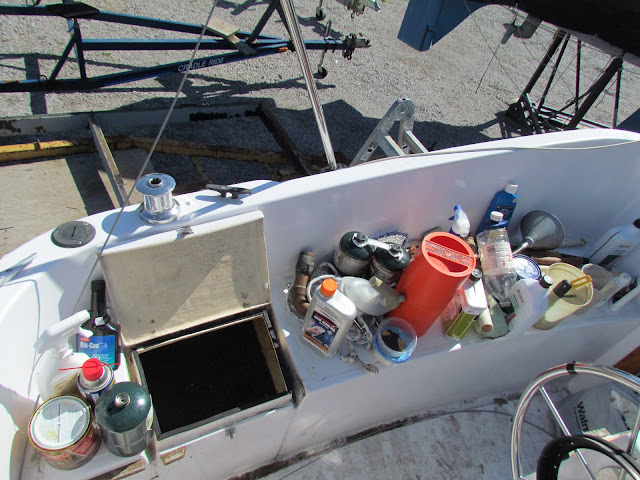 Hold on a second, I think I might be getting a little ahead of the rest of the class here.

"What,"  you ask, "Is the difference between crap and stuff?"

I'm glad you asked.  To paraphrase that cunning linguist George Carlin, "Everybody else's stuff is crap but your crap is stuff."   Jones's definition of crap is "Stuff that has little value, has lost it's value or any valueless item waiting to be combined with other valueless items to become stuff."

How do you know the difference between crap and stuff?

Wait for it to fall overboard.

If it floats and you are unhurried in your retrieval, it is crap.  If it sinks with a speed out of all proportion to its mass, shape and hydrodynamics, causing you to yell "Crap!" and dive in fully clothed with no regard for the drink in your hand, it is stuff.

I am discovering that we have a crapload of crap, and not a whole lot of stuff.

In fact, I have noticed that the skunkworks deep beneath stately Jones manor is damn near overrun with crap.

Shelves of crap, bins of crap... 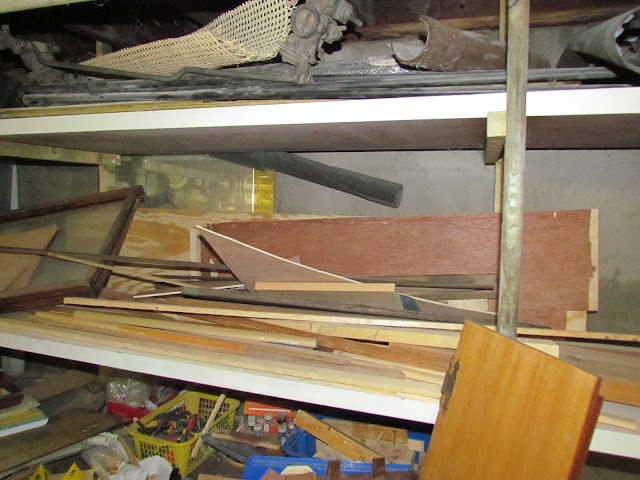 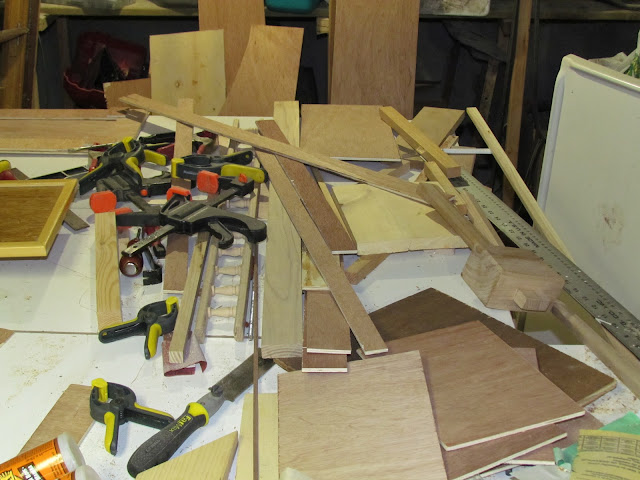 The only solution is to turn the crap into stuff.  Over the last couple of weeks I have endeavoured to do just that. 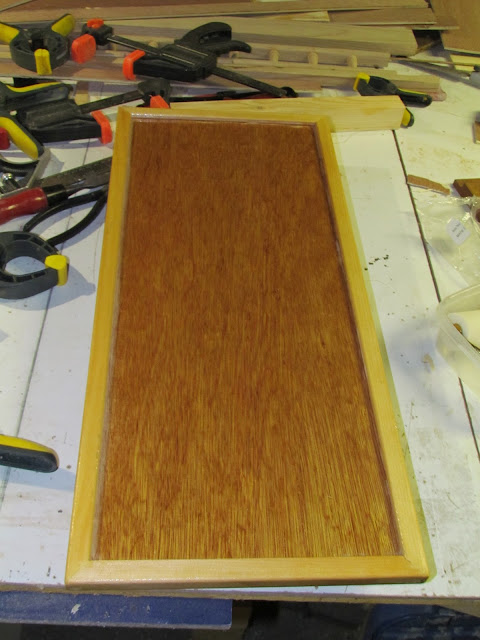 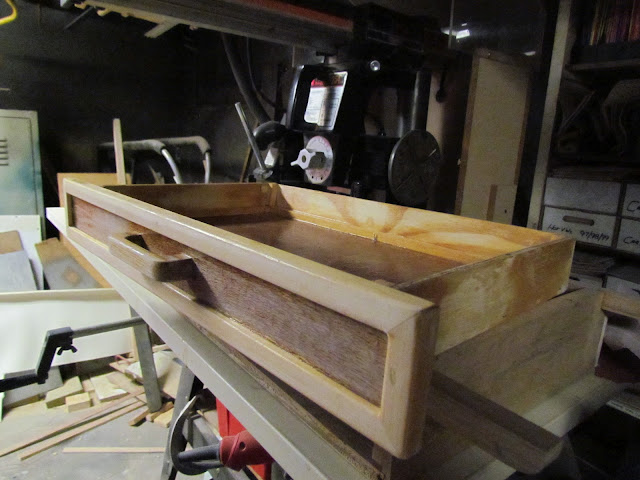 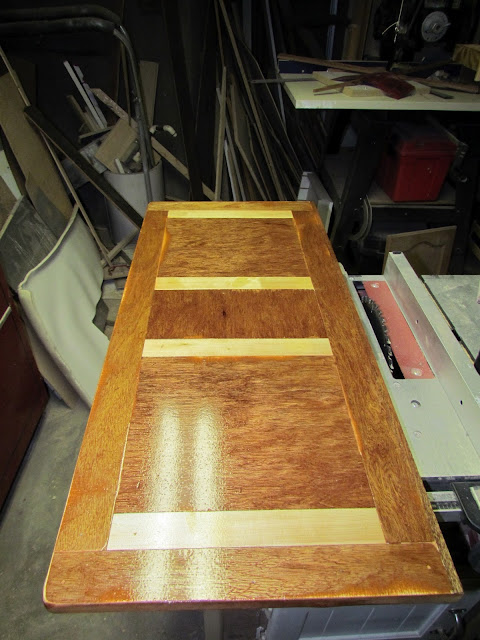 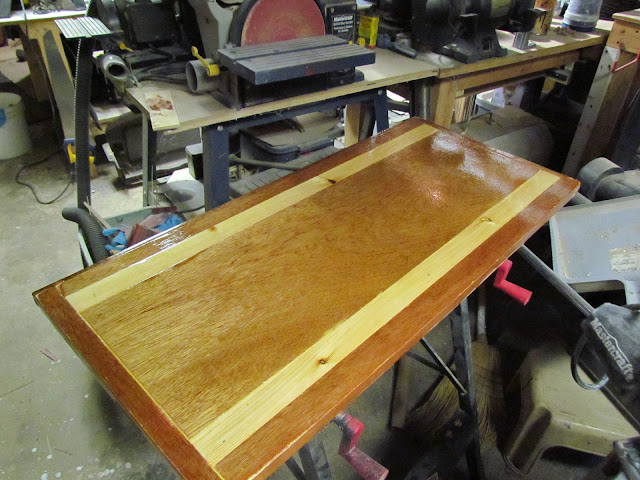 More on that later.

Back to that cockpit locker.  Turns out that most of the crap was stuff, but some of that crap was, indeed, just plain crap.  PO crap possibly dating back as far as the Original Previous Owner, which has remained onboard as mandated by the vague decree, "we might need/want/require that someday," a decree likely uttered by all of the POs before us.  After seeing the sheer mass of crap,  SWMBO and I realized it was time to break the cycle.
Orphan used plumbing parts?  Gone!
Two crumbling ski gloves of indeterminate age and ambiguous colour and material  (btw, both right hand gloves.  wtf?)?  Adios!
Hardened paint?  Buh-bye!
Miscellaneous lengths of hose which are all the outside diameter, inside diameter, length and/or material to be of any use onbard?  See ya!
Scrub brushes suffering from mange and cracked bottles of dried up miracle cleaners which are neither miracles nor cleaners but which all seem to cost $11.95?  Seriously?  You have to ask?  It's outta here!

Thanks for taking the time to check us out.  Please feel free to "Talk the Dock!"  Link us, follow us, or just tell your friends.
Posted by Dock Six Chronicles at 14:18