"Then you love a little wild one..."
-Steely Dan


I keep driving past Jack's ranch in the course of my day job, and finally found the time to stop in and poke around.

I knew Jack had a problem, but I didn't know it was this bad...or good, depending upon your point of view. 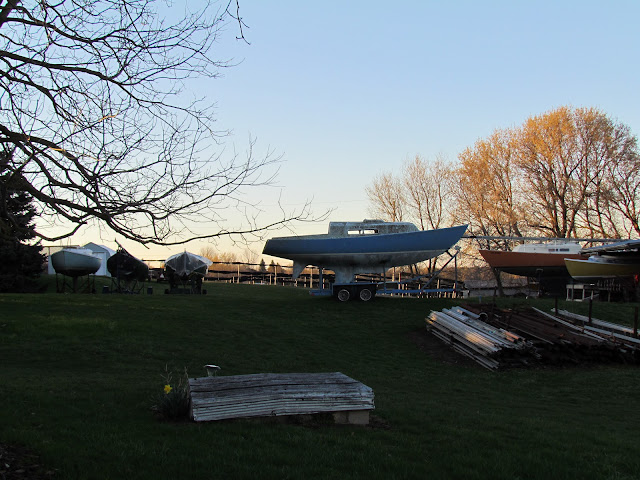 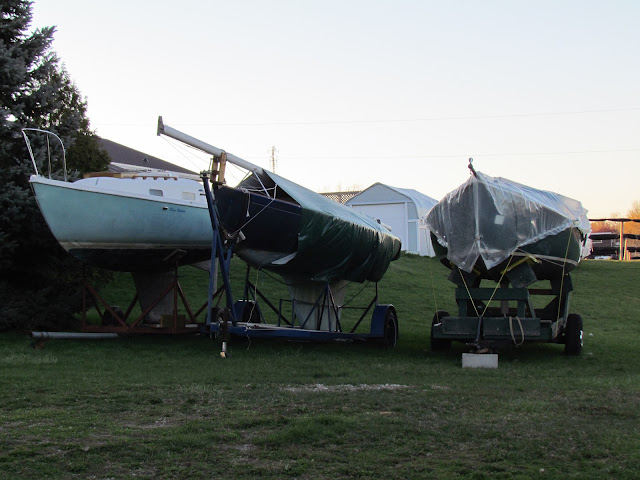 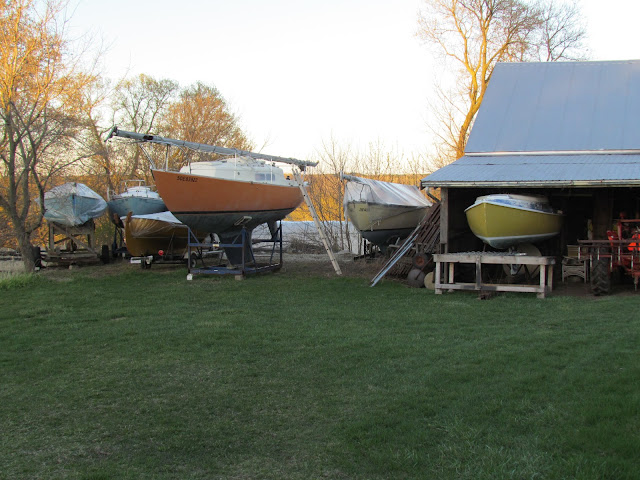 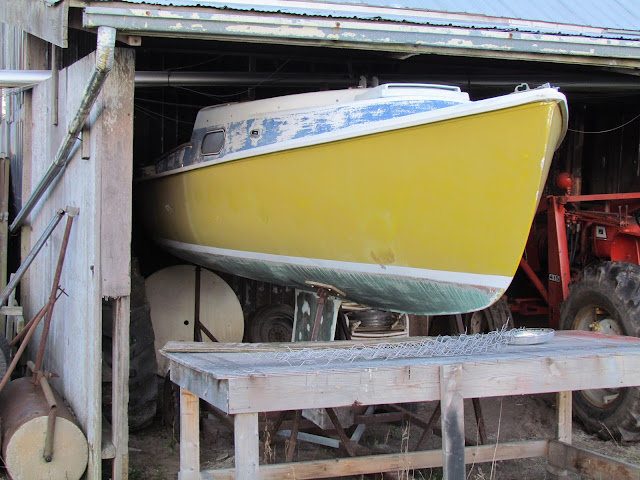 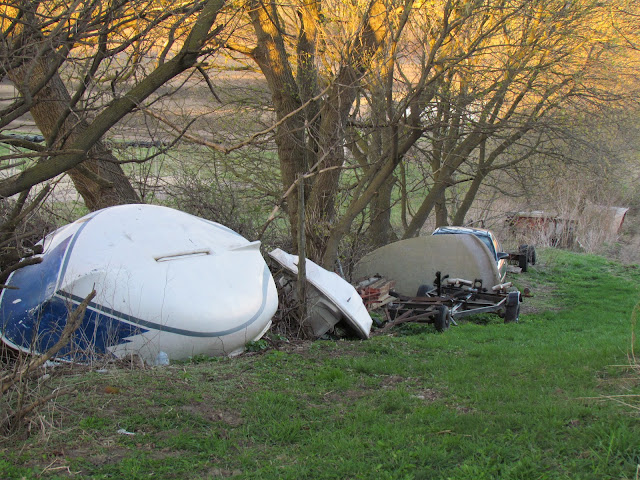 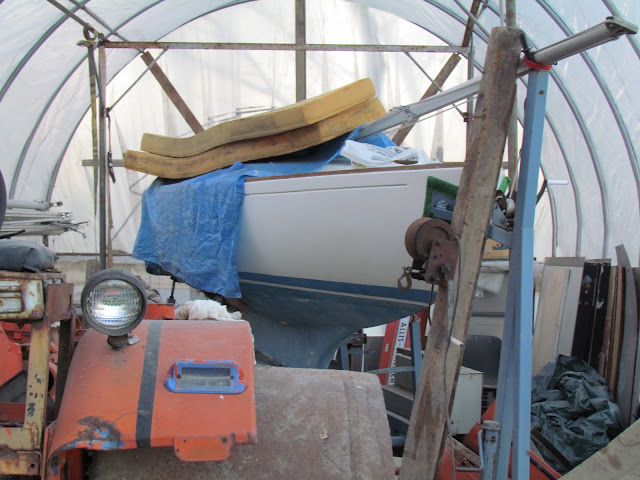 ... and ANOTHER Bluenose hidden in Jack's secret lair.


Alongside the Minuet, tucked in with an antique lawn roller, is some of Jack's spar collection: 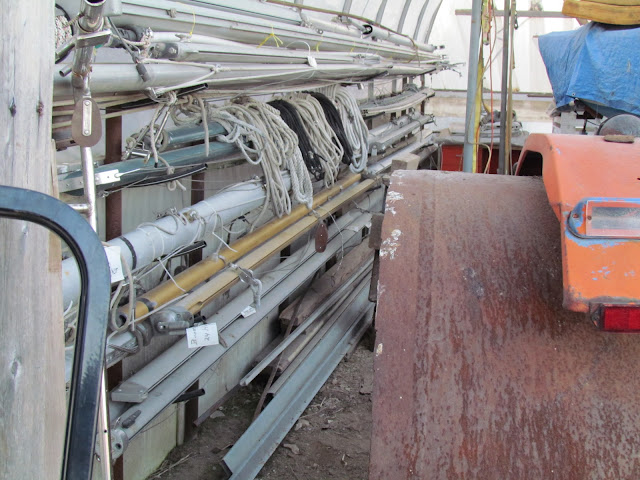 Jack has discovered one of the truths of sailing classic plastic- it is often cheaper and faster to refit a boat by buying another boat to use as parts than it is to find and buy the parts not already attached to a boat.

And he can't resist a bargain. He will buy a boat just for the trailer, or the outboard, or the sails...and then have to figure out how to get rid of the boat!

$200 will take home a perfectly serviceable fishing boat just to get it off the trailer: 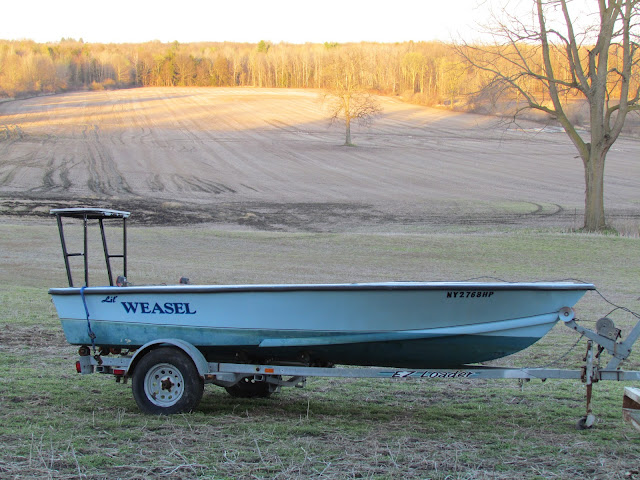 Hanging from the side of the barn is the ground tackle collection, framed by Jack's homebuilt boat lift: 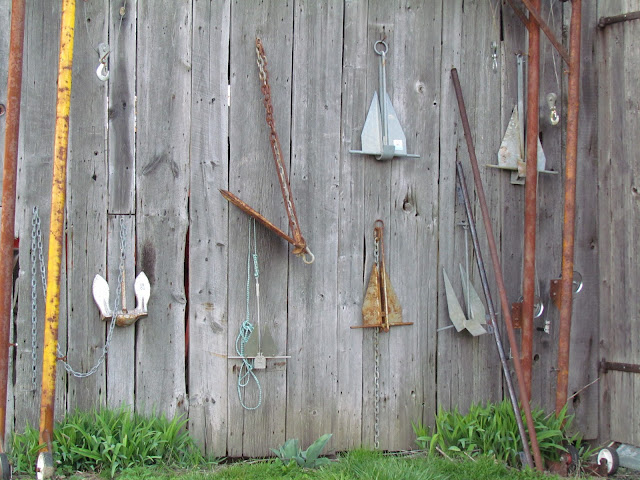 Inside the barn, and the shed, and the garage are more than a dozen working outboard motors, cushions and winches and interior fittings and rigging and more crap and corruption than most boatyards...

...And Rancho Jack is on a hill 20 miles from the nearest navigable body of water!


Jack is well known and respected among the local small boat crowd, and often has novices seeking his advice.  He does have ONE weakness, I discovered during our conversation-
He has only ever sailed keelboats! He says centerboard boats scare him.  A greenhorn with a new-to-him Grampian 17 centerboarder has asked Jack to join him for the shakedown cruise.  Jack has told him to come out to the farm first.
"Maybe I can sell him that Rainbow 24, "  he muttered.


On behalf of all of the other boat addicts out there, I'd like to take this opportunity to thank Jack for his service.  The example he has set makes the rest of us look so much better in the eyes of our long-suffering spouses, and provides valuable ammunition in the "just one more (boat, motor, dinghy, whatever) honey" battle.

Speaking of which, his wife deserves to be nominated for sainthood.


Thanks for taking the time to check us out.  Please feel free to "Talk the Dock!"  Link us, follow us or just tell your friends.
Posted by Dock Six Chronicles at 11:08